Shehnaz Gill has reached Oshiwara crematorium with her brother Shahbaz. At that time he was seen sitting in the car crying.

Siddharth’s best friend and alleged girlfriend Shahnaz Gill was completely devastated in the accident. Shahnaz was closest to Siddharth, but his condition worsened after the actor left. Just before Siddhartha’s funeral, a picture of Shahnaz came out so that he could be seen crying. During this time of grief, his brother Shahbaz was seen handling Shahnaz. Her pain is evident on her face in the pictures. 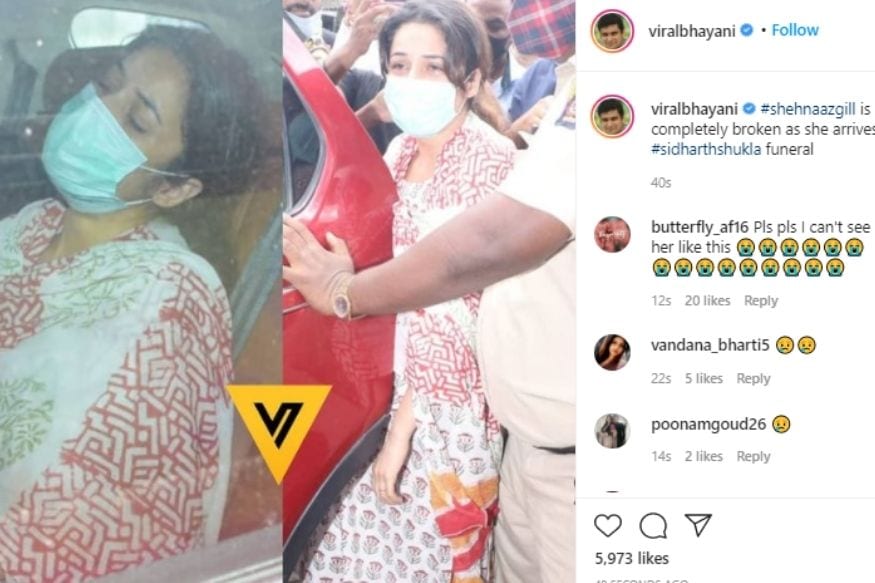 Family members and friends gathered today with wet eyes to say goodbye to their darling. Since Siddhartha’s death, his mother and friend Shahnaz Gill have been heartless.

Earlier, Shahnaz’s father said that his condition was not good. Shahnaz is very badly broken. According to the Times, Siddharth gave up his last breath to Shahnaz and that is why Shahnaz could not bear the shock. People who went to his house to visit his family after hearing the news of Siddhartha Shukla’s close sources and his death said that Shehnaz Gill is in mourning, he is not ready to believe that Siddhartha is no more in this world.