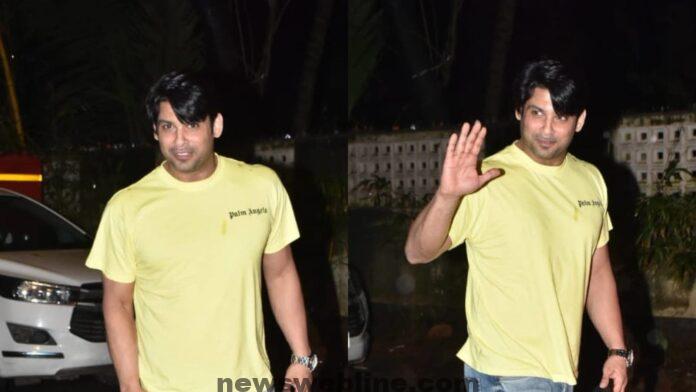 Siddhartha Shukla is no more in this world. He died of a heart attack this morning (Siddhartha Shukla died of a heart attack). But the news is so tragic that it is still impossible to believe. Siddharth’s body is currently at Cooper Hospital, Mumbai BMC. Siddhartha was only 40 years old. In such a situation, many stars of Bollywood and TV industry are expressing their grief over this news. From Bigg Boss 10 winners Manveer Gujjar to Manish Paul and Renuka Shahane, many stars are reacting to the news.

Manveer Gujjar writes, ‘It is hard to believe .. God give peace to his soul.’ Moonmoon Dutt wrote, ‘Shocked and shocked. I have no words. At the same time, director Hansal Mehta wrote, ‘It’s not just the age of heart attack, it’s not the age to go. It is very sad, painful and annoying. I hope some people don’t make this sad time a spectacle. 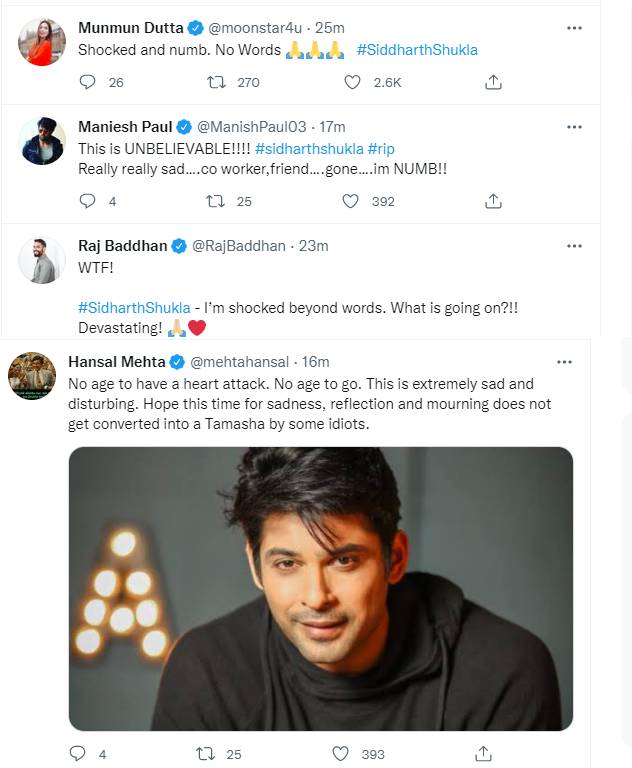 Siddharth Shukla became a super hit with TV show Balika Vadhu. Apart from this, he has appeared in many serials. Siddhartha is the winner of Bigg Boss 13. She was recently seen on the web show ‘Broken But Beautiful 3’. Siddhartha Shukla was born on 12 December 120. He graduated with a degree in interior designing. And later worked as a civil engineer in RBI. In 2005, she competed in the ‘World’s Best’ model competition. The competition was held in Turkey. He is the first Indian and Asian to win the title. People from Latin America and Europe came to this competition.