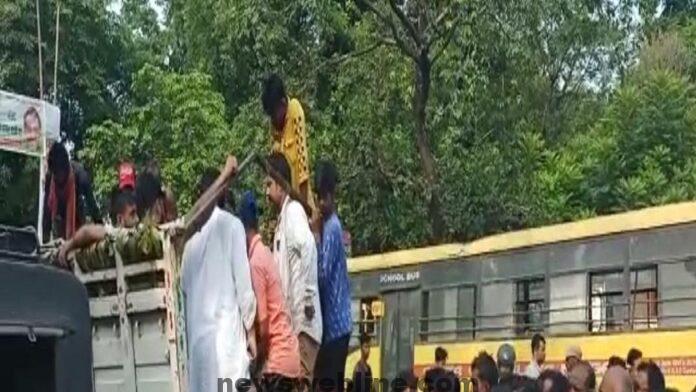 Siwan. The incident of double murder in Siwan of Bihar has come to light. The bodies of the two youths were found together in the field, causing a stir in the area. The bodies of the two youths were found from a farm in Sarwa village in Mufassil police station area on Thursday. The two youths were identified as Shahbal, son of Shakil Azam, a resident of Purani Killar in Siwan town and Ladbal, a resident of Shukla Tolly. As soon as the family members got the news of the death of both the youths, there was chaos in the house.

In fact, the two went to Hatua in Gopalganj on a Pulsar bike with another friend on Wednesday evening. On the way back, two friends who had gone with them came forward when Shahil and Shahbal stopped on the way. No trace of the two has been found since then. Family members did a lot of research but could not find them. After that, today, Thursday morning, when the people of Saraway village saw the bodies of two young men, they informed the Mufassil police.

After receiving the news, Mufasil police reached the spot, seized the bodies of both the youths and started investigation. The bodies of both were recovered from the Saraway farm. There are marks of injuries on his body. It is feared that both of them were beaten to death. Mufasil police are interrogating two friends who went with them. Mufasil police station in-charge Binod Kumar Singh said four friends went to give a mobile phone to someone in Gopalganj, out of which two friends came yesterday evening and their bodies were recovered from the field this morning. At present, the two youths are being taken into custody and interrogated as to where they went and why they came first.