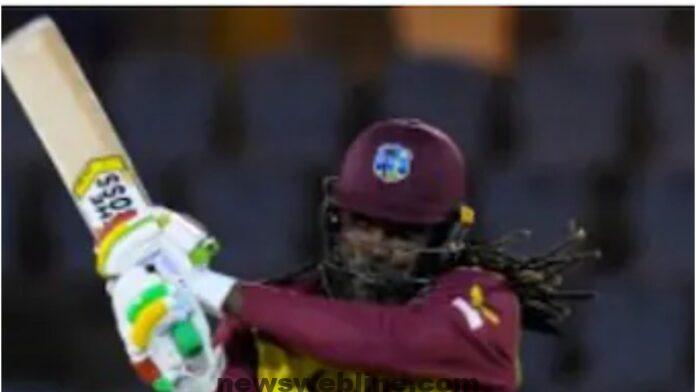 New Delhi. A strange thing happened during the match between St. Kitts and Nevis Patriots and Guyana Amazon Warriors in the semi-final match of Caribbean Premier League (CPL) 2021. Batting first, Guyana set a target of 179 for victory in front of St. Kitts. Chris Gayle and Evin Lewis came to open the innings for St. Kitts. Guyana fast bowler Odian Smith broke Gayle’s bat in the fourth over of the match. However, Universal boss Gayle took his revenge in the same over.

Chasing the target, Gayle and Lewis scored just 1 run in the first three overs. Smith brought in the innings to bowl the fourth over. Smith started the over with a wide ball. After that, Gayle hit a four off the first ball. Smith took revenge and broke Gayle’s bat in the second ball. Gayle’s batting also changed color as he broke the bat and he hit Smith hard. 18 runs (4, 4, 6, 4) came from Gayle’s bat in the last four balls of the over.

The Patriots beat the Amazon Warriors by seven wickets on the basis of Gayle and Lewis. The Patriots won the toss and elected to bowl. No batsman has survived for the Warriors except Shimron Hetmeyer (455 not out). The team scored 178 runs for the loss of nine wickets. Spinners Jose Rousseau Jagesar and Fawad Ahmed took two wickets each. Hetmeyer made 455 off 20 balls, including 25 in the last over of the innings. In reply, Chris Gayle scored 2 off 2 balls for the Patriots and Evin Lewis scored an unbeaten 39 off 39 balls. The Patriots won the match with 13 balls remaining.

Batting first in the second semifinal, St. Lucia Kings scored 204 for four with the help of 78 runs from Mark Dayal. The Trincomalee Knight Riders started well but their batsmen could not stand in front of the great bowling of David Weiss. Vis took five wickets for 39 runs. The Knight Riders were bowled out for 184. The Kings won the match by 19 runs.

Share
Facebook
Twitter
Pinterest
WhatsApp
Linkedin
ReddIt
Email
Tumblr
Telegram
Previous articleIf the skin peels off after the new shoe, these procedures will eliminate the problem
Next articleArshi Khan is going to make his Bollywood debut in Trahimam, he said – the dream is coming true but …