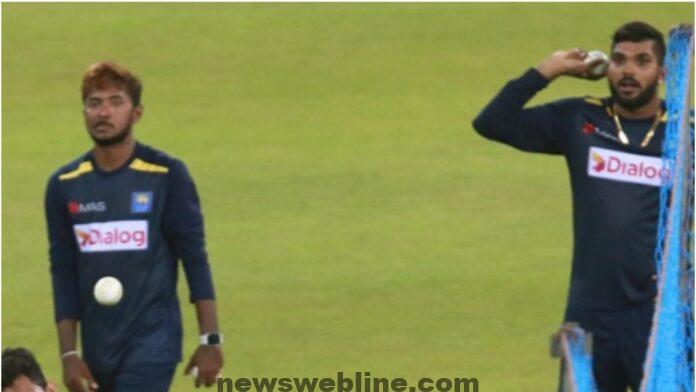 New Delhi. The 3 ODI series (SL vs SA ODI series) between Sri Lanka and South Africa is starting from Thursday. But even before that, the team captain, Dasun Shanaka, had requested the board that he too needed a coach like Team India’s throw-down specialist. So that the batsmen of his team can be better prepared to face the fast bowlers of South Africa. In fact, Shanaka has named India’s throw-down coach Nuan Seneviratne. He came from Sri Lanka and played first-class cricket.

Nuwan was part of Sri Lanka’s coaching staff before joining Team India in 2018. Due to his stature, Seneviratne dropped the batsmen into the net at a speed of 175 kmph and his nickname was ‘Bawa’.

We don’t have fast bowlers for practice: Dasun
Dasun says we have only three bowlers who can throw the ball at a speed of 140 kmph in a row. South Africa, on the other hand, have bowlers who can bowl at high speeds. In such a situation, an experienced throw-down specialist like Bawa is needed to better prepare Sri Lanka’s young batsmen. He demanded that the board provide right and left hand throw down specialists.

It is essential for Sri Lanka to cast an expert like Nuwan
Dashun said that ‘Bawa’ has extra speed and bounce. That is why Team India is using them. Especially when the team goes to play abroad. So the experience of ‘Bawa’ as a throw down specialist is very helpful for the team. “We also need a team that consistently throws the ball to our batsmen in practice,” he added. This is very important for the new youth team. This will further enhance the playing ability of his fast bowlers.

If young players have the opportunity to train with a throw-down specialist like Nuan Seneviratne early in their careers, this experience will come in handy throughout their lives.

Dinesh Karthik is also a fan of ‘Bawa’
During the second Test against England at Lord’s last month, where India won by 151 runs. Former Indian cricketer Dinesh Karthik has lauded Nuwan’s contribution. Then Karthik said that Nuwan is very fast and strong and he can play an important role in preparing the batsmen for the overseas tour.

IND vs ENG: England’s pitch is not dangerous, running in India is the hardest in the world

Virat Kohli has added Nuwan to the Indian squad
Nuwan has been with Team India for the last several years. He threw the ball towards the batsmen at a speed of 175 kmph in the net. He had earlier been involved with the Sri Lanka coaching team. But the Sri Lankan batsmen have complained about his pace. After that, Team India recognizes Nuan’s power and associates him with them.

Read more: T20: 553 players from around the world score centuries in T20, Virat Kohli could not do it after 90 matches

According to media reports, just before the tour of Australia in 2018, the idea of ​​connecting him with Team India was conceived by captain Virat Kohli. Kohli then feared that Mitchell Starc could create problems for Team India. Only left-handed throw-down specialist Nuwan was added to the squad for the break.

Share
Facebook
Twitter
Pinterest
WhatsApp
Linkedin
ReddIt
Email
Tumblr
Telegram
Previous articleFastag News: Before you go on the highway, see if your Fastag is a duplicate, how to avoid it
Next articleShubh Sharma is coming to scare Bhojpuri viewers, shared the first poster of horror film ‘Sundari’, see