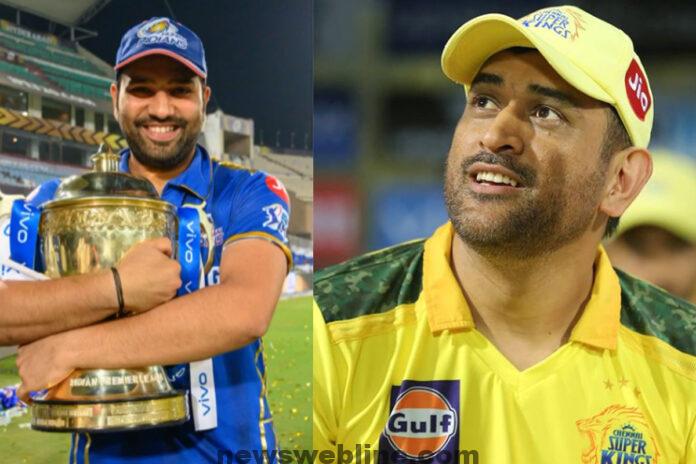 New Delhi. The Mumbai Indians, led by Rohit Sharma, are currently fourth in the points table in the IPL 2021. Nevertheless, he is considered to be the strongest contender for the title. Mumbai could win the third title in a row and the sixth overall. His chances of winning are much higher than the rest of the team. Mumbai, which specializes in making a big bang after a slow start, is ready to do something similar in the UAE. Although the first episode of IPL 2021 was not in his favor, he is getting a lot as a gift in the second episode.

Then why the team will not take advantage of it? When the situation is favorable with world class players, the team becomes heavy again. The same is true of Rohit’s team in the UAE. The first match of the second round of IPL 2021 between Mumbai Indians and Chennai Super Kings will be held on September 19. MS Dhoni’s Chennai are currently at number two in the points table.

Mumbai had to fight in the first round
In the first leg of the league, Mumbai had to fight in a spin-friendly situation. Due to which he has won only 4 out of 7 matches and is in the fourth position with 8 points. However, they are well aware of the situation in the UAE and are working hard to get to the playoffs. Mumbai, the most successful team in IPL history, also has a history of surprising the rest of the teams in the league after a bad start. It is also said to be a part of their strategy. Mumbai will hope that Hardik Pandya will contribute more as a bowler and batsman in the UAE. He has not been seen in form for the last few months, but Pandya has the ability to win matches alone with the bat.

Opener: Mumbai Indians opener Rohit Sharma and South African wicketkeeper-batsman Quinton de Kock are both in great form. Rohit has scored maximum 250 runs in the match for Mumbai. On the other hand, Quinton was the highest run-getter for Mumbai last season. He scored 155 runs in 6 matches at a strike rate of 117.

IPL 2021: Sam Karen of Chennai Super Kings will not play his first match against Mumbai Indians! Find out why

Low order: Even Krunal Pandya has not been able to show any miracle so far. He scored just 100 runs in 7 matches. With that, he took just 3 wickets, but Kieran Pollard is back in his form. Wreaking havoc with both bat and ball.

Bowler: Rahul Chahar’s confidence will be much higher due to his selection in the T20 World Cup squad. Batsmen have to stay away from them in such situations. He is doing a great job for Mumbai. So far, Mumbai have taken a maximum of 11 wickets in matches. Where his best performance was 4 for 27. In addition to them, Jaspreet Bumrah and Trent Bolt are proving to be more dangerous in the UAE.

Share
Facebook
Twitter
Pinterest
WhatsApp
Linkedin
ReddIt
Email
Tumblr
Telegram
Previous articleA village in 21st century India where there is not even a hand pump for drinking water, if you get sick, you have to walk 2 kilometers on foot.
Next articleIf you want to eat the famous Nagori-Falwa of Old Delhi, you must visit ‘Sri Balaji Kachori Bhandar’ in Dariba Kalan.