IND vs NZ: Tim Southee became the first bowler in the world to record a triple, creating history with the wicket of Dhawan 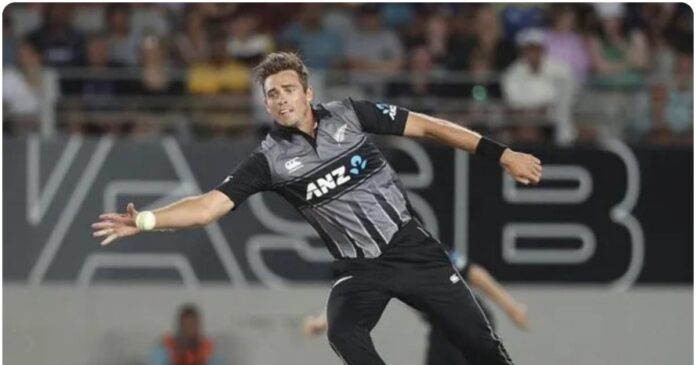 Gill and Dhawan scored half centuries in the first ODI

New Delhi. Tim Southee is considered among the legendary bowlers of the world. 3 match ODI series (IND vs NZ) between India and New Zealand starts today. New Zealand captain Kane Williamson won the toss and decided to bowl in the first match. In reply, at the time of writing, Team India scored 152 for 2 in 32 overs. Opener batsman Shubman Gill scored 50 and captain Shikhar Dhawan scored 72 runs. Both made a big partnership of 124 runs for the first wicket. Saudi gets the wicket of Dhawan and completes his 200 wickets in ODIs with it. Earlier, the Indian team led by Hardik Pandya won the 3-match T20I series by 1-0.

33-year-old New Zealand fast bowler Tim Southee is the only bowler in the world to have taken 300-plus wickets in Tests, 200-plus ODIs and 100-plus wickets in T20 Internationals. Prior to this match, he had taken 199 wickets at an average of 34 in 148 ODIs. 7 wickets for 33 runs was the best performance. He took 4 wickets 5 times and 5 wickets 3 times. The economy stands at 5.42, which is excellent.

Close to 350 wickets
Tim Southee has so far taken 347 wickets at an average of 29 in 166 innings from 88 Tests. 7 wickets for 64 runs is his best performance. Took 5 wickets 14 times and 10 wickets once. Looking at the T20 International record, Saudi has taken 134 wickets in 107 matches. He is the highest wicket taker bowler. 5 wickets for 18 runs is the best performance. Once 4 wickets and once 5 wickets. Has taken more than 500 wickets in first class cricket.

IND vs NZ: Shubman Gill failed on ODI debut in New Zealand 4 years ago, now he has made a big feat here