IND vs ENG: … This is why Shardul is called ‘Lord Shardul’


New Delhi. On the first day of the ongoing Test between India and England at the Oval (IND vs. ENG Oval Test), bowling all-rounder Shardul Tagore reached a respectable score for Team India by hitting his half-century (Shardul Tagore’s fastest 50). Shardul relied on the expectations of the fans and the Indian team management because of his quick innings. When he went down to bat, Team India’s condition was slim. On the first day of the Test, the batsmen returned to the pavilion for 11 runs. The danger of working cheaply in the team was getting closer. But Shardul did not allow any English bowler to dominate him and took the news of every bowler fiercely.

Shardul played shots across the field and completed his fifty by hitting a boundary with two consecutive balls from dangerous-looking Oli Robinson. Shardul completed his half century with just balls1. He was dismissed for 57 off 36 balls. Thanks to his and Virat Kohli’s half-centuries, India reached 191 in the first innings.

Fans have shared funny memes for Shardul
This fiery innings of Shardul won the hearts of all. In addition to the former cricketers, fans also praised him and ‘Lord Shardul’ started trending on Twitter again. One user shared a meme praising Shardul’s innings. It said that there is only one Don (Bradman) and one King (Kohli) and one God (Sachin Tendulkar) and one Lord (Shardul) of cricket. Another user shared an old photo of Shardul traveling on a local train. 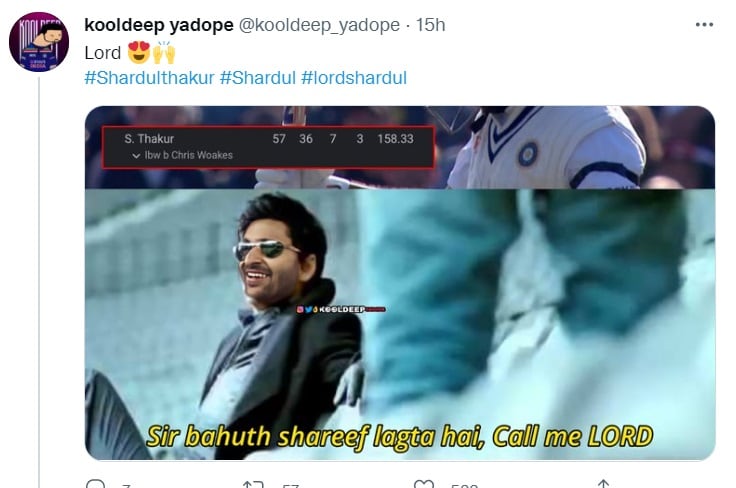 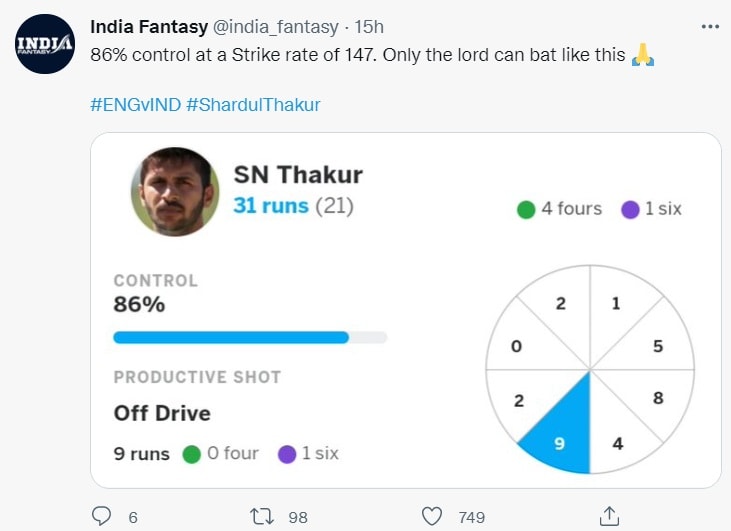 Shardul also likes this name
‘Lord Shardul Tagore’ is not a real name, but a Twitter trend. This was the year when the England team toured India. Then for the first time fans ran such a trend on Twitter for Shardul. Because he bowled brilliantly in 5 T20 and ODI ODI series against England. He broke partnerships on several occasions in the series and was the highest wicket-taker in both series. Since then, fans have been sharing funny memes for him on Twitter with this name. Whenever he shows a good game with ball or bat, ‘Lord Shardul Tagore’ starts trending on Twitter.

IND vs ENG: 40 years ago Kapil Dev made the fastest fifty, still does not break the record

Shardul also likes this name given to the fans. He has already said that I don’t know where this name came from in the minds of the fans. But in a way it’s good that people appreciate it so much. He loves me and keeps an eye on my performance.

Share
Facebook
Twitter
Pinterest
WhatsApp
Linkedin
ReddIt
Email
Tumblr
Telegram
Previous articleHeart attack statistics are alarming, with one in four deaths due to the disease in India
Next articleBefore getting the vaccine, find out what the ICMR expert thinks about sending children to school