Syed Gilani: The Hurriyat that was created to break up India must repent 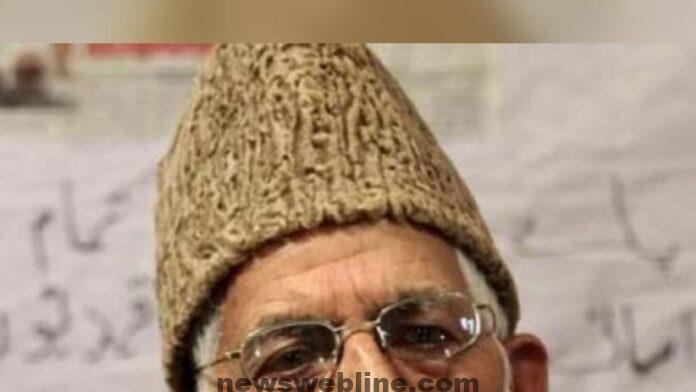 New Delhi. Syed Ali Shah Geelani, the biggest voice of separatism in Jammu and Kashmir, has died. He died at his residence in Haiderpura, Srinagar. Gilani, 91, has been under house arrest for the past few years. Gilani was the leader who incited separatism in Kashmir for decades. He had the power to close Kashmir in one gesture. He resigned last year from the Hurriyat he had formed to try to isolate Kashmir.

According to the Hurriyat Conference, Jammu and Kashmir is a disputed area and its existence under Indian occupation is not justified. The conference believes that decisions should be made based on the will of the people of Kashmir. Due to his collusion with this organization and his thoughts, action was taken against Gilani many times. The aim of the organization was to keep separatism alive in Kashmir by any means.

There are many allegations against Gilani, ranging from sedition to Hawala financing to financing from Pakistan. Gilani was also questioned for taking money from terrorist Hafiz.

In the midst of all this, Gilani, known as Hiliyat, resigned as chairman of the organization last year. There was a lot of speculation about his resignation. It was said that the rift between the two groups in the organization has increased a lot. It was believed that Gilani resigned out of anger at the rebellious attitude.