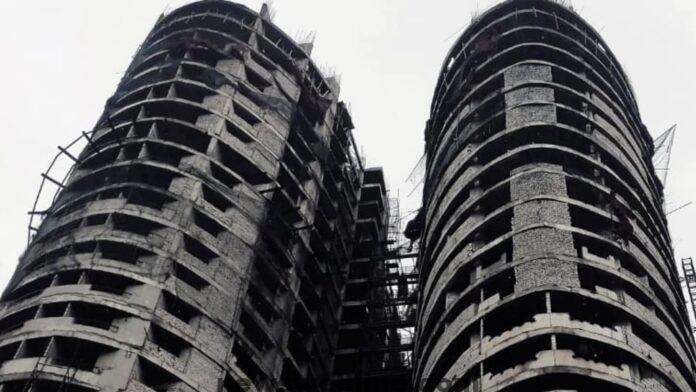 Noida. Proceedings in the Supertech Emerald Court case have begun. Mukesh Goyal, the then manager of the planning department of the authority, has been suspended. In this case, the report was sent on behalf of the Noida authorities. Yogi Adityanath of Uttar Pradesh also directed to take strict action in this regard after the Supreme Court ordered the demolition of the 0-storey Twin Towers. The Chief Minister directed the officials of the new Okhla Industrial Development Authority to submit the report.

On Wednesday, Chief Minister Adityanath held a meeting with officials. He said strict action would be taken against those who allowed the construction of the building. According to a senior government official, the Chief Minister said, “In the case of Supertech Emerald Court in Noida, the order of the Supreme Court should be upheld. The irregularities in this case have been going on since 2004. Strict action will be taken against every guilty official. The matter should be dealt with immediately.

Read more: Supertech will file a review petition against the decision of the Supreme Court, find out what the whole matter is?

Additional Chief Secretary (Information) Navneet Sehgal said a report has been sought from Noda officials at the earliest. He said, ‘Further action will be taken after receiving the detailed report from the concerned officials. Criminal action will also be taken on the basis of the report and a committee has been constituted to investigate the whole matter.

On Tuesday, the Supreme Court ordered the demolition of the Twin Towers of Supertech Limited Group in Noida. It has about 850 flats. The investigation found that the rules regarding the distance between the buildings and the fire were violated in the construction. The court further said that the tower was built through ‘reconciliation’ between Noda officials and the group. The court also gave permission to file a case against them.