Nehru formed the interim government on this day before independence, who was in it 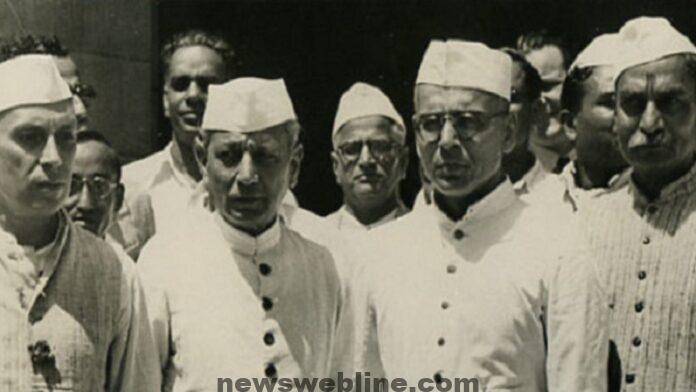 The British decided in 1946 that they would now make India independent. Then gradually the process of giving control of India to the leaders and officials of the country began. In this case, for the first time before independence, an interim government was formed on 02 September 1946. Its head was Jawaharlal Nehru. This government was formed through the newly elected Constituent Assembly. This government continued to function till August 15, 1947.

The country was not divided until Nehru formed the interim government. Therefore, many Muslim League leaders were also involved in this government. However, at the time this interim government was being formed, communal riots broke out in many parts of the country. However, by this time it was almost certain that the British would leave the country, but only after India was divided. Jinnah’s eyes were on Pakistan.

Nehru rejected the League’s offer
When the interim government was being formed, Jinnah immediately rejected Nehru’s offer that the League would get five seats in its 14-member cabinet. After all, negotiations with Jinnah were not successful. The country also suffered as a result in the form of Direct Action Day.

Read more – Learn why America failed after 20 years in Afghanistan

Consequences of a deadly clash with the league
However, even after this, there was an extraordinary conflict between the League and the Congress. This made it so difficult to run the interim government that Nehru ran out of patience in mid-February 1947. He demanded that the ministers of the league should resign. Soon after, Sardar Patel threatened that if the members of the League did not leave the cabinet immediately, the members of the Congress would resign.

Nehru with members of his interim government. On the left is Sarat Bose, who was the elder brother of Subhash Chandra Bose. But a month later, when the government changed, he was not in government.

The interim government would have been abolished by default if it had not been an important event at the same time. On 20 February, Attlee announced in London that Britain had made a definite decision to leave India by June 1948. It was also announced that Wavell had now been replaced by Lord Mountbatten as Viceroy.

Patel was another strong man
In the interim government, Vallabhbhai Patel had the Home Department and he was in another powerful position. Sikh leader Baldev Singh got the defense and Rajagopalchari the education department. Asaf Ali, a Muslim leader of the Congress, became the Minister of Railways and Transport. When Scheduled Caste leader Jagjivan Ram was made Labor Minister, Rajendra Prasad had the Ministry of Food and Agriculture. John Mathai was given the ministry of industry and supplies. Its members are involved in the meeting of the interim government.

Liaquat Ali of the Muslim League became the Finance Minister. Abdur Rab Nishtar was made Minister of Posts and Aviation and Ibrahim Ismail Chundrigar Minister of Commerce. Yogendra Nath Mandal, a Scheduled Caste Hindu leader nominated by the Muslim League, has been given the ministry of law.

Share
Facebook
Twitter
Pinterest
WhatsApp
Linkedin
ReddIt
Email
Tumblr
Telegram
Previous articleNCR Transport News: Vehicles, colors and logos will be different in NCR city from October, know the plan
Next articleDue to the epidemic, there was a massive decline in organ transplants – research