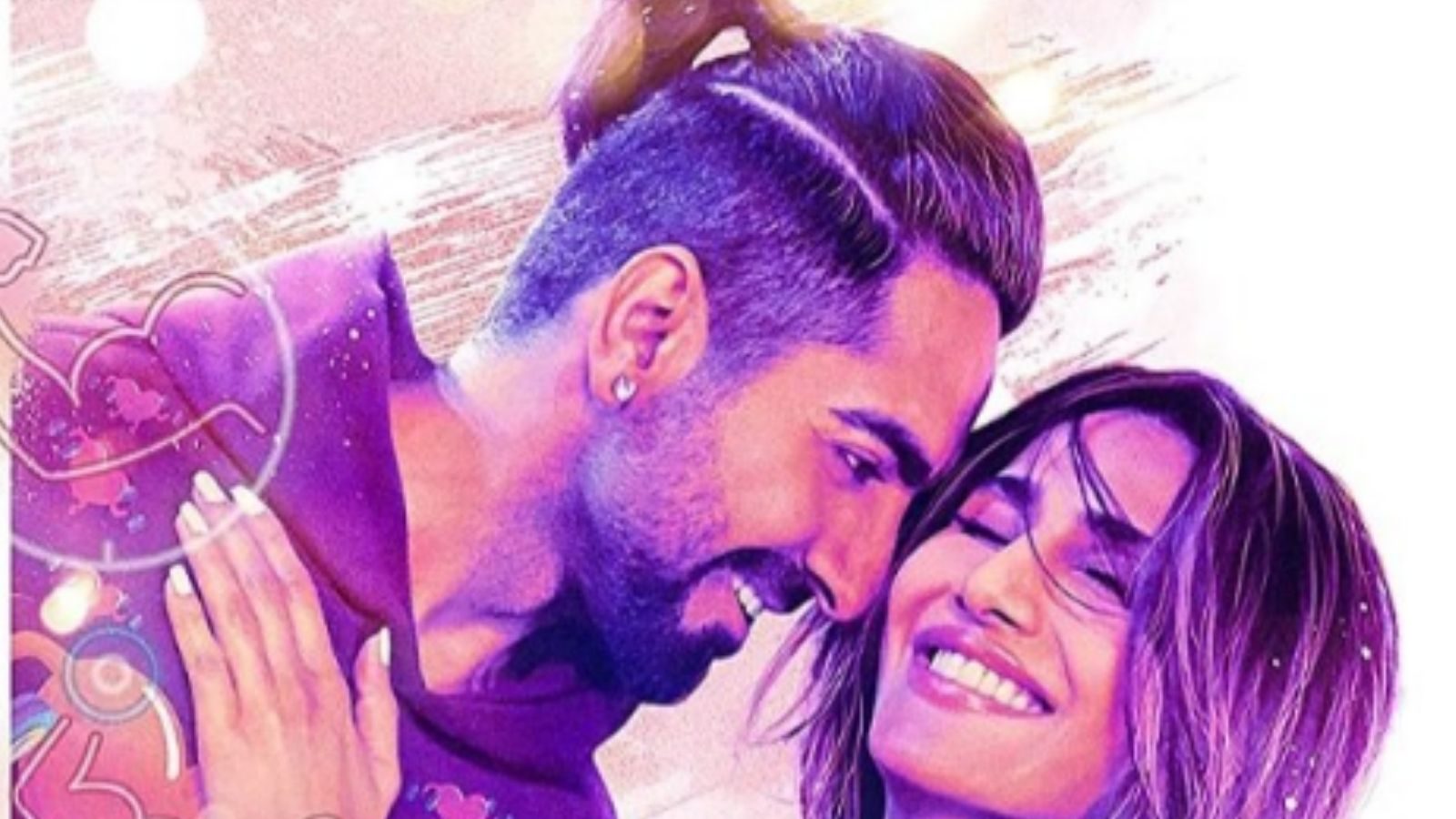 Chandigarh Kare Ashiki Review: Although our country is called the country of Kamasutra, there is no emphasis on sex education in our country except to create obscene thoughts by looking at the statue of Khajuraho. Parents are always ashamed to talk about sex with their children. Many fathers ask their wives to handle everything when their daughters’ periods begin. With some incomplete knowledge from some friends and some from the internet we are creating ignorant children about sex from generation to generation. This is a question of education, so it will be solved sooner or later, but the danger that we do not realize in advance is empowering our children to understand and accept their own sexuality. Even from a scientific point of view, it is not necessary for a boy to grow up to be a man and a girl to grow up to be a woman. Sometimes due to hormones, sometimes the situation is such that the child with whom the child is born, the feeling of the opposite sex becomes intense and over time it becomes so heavy that the mental balance of the person is disturbed. In that case, it’s okay to have a mental test at the right time and change gender if it seems appropriate, but can we accept that? This raises questions about the recent release of Netflix – Chandigarh Car Aashiqui.

Bodybuilder Manavinder alias Manu (Ayushman Khurana) falls in love with Manvir (Bani Kapoor). The friendship and relationship between the two is strong. At one point, the woman tells him that she is a “trans” meaning she was a boy at birth, but over time the girl-feeling in her became very strong, so she made herself a girl through surgery and medicine. . After this explosive revelation, everything is destroyed and Ayushman puts a question mark on this relationship. After some time and a little research, they realize that love is big, so they come back to the message and after some fight, the two become one again.

The story of the film is new. Such love is not shown in Hindi films. We have seen in many movies to make fun of homosexuality and in some movies homosexuality has been given a place in the picture with very subtle beauty. Chandigarh Car Aashiq is not based on homosexual relationship. Famous writer Khushwant Singh has written in detail about having sexual intercourse with an eunuch in his novel Delhi. This picture is not about this kind of relationship either. This is not the story of Arjuna hiding in the form of Brihannala, nor is it an attempt to explain the concept of Ardhanarishvara. In this film Bani Kapoor was born, then he is a boy. Over time, the feelings of the girls awakened in her and she began to think of herself as a girl. As he got older, his feelings became so intense that with the permission of his Brigadier’s father (Kanwaljit Singh) and the displeasure of his mother (Satwant Kaur), he underwent an operation and went from boy to girl.

The idea of ​​the story is very good. Ayushman Khurana likes to play strange characters. His specialty is that he assimilates these roles. In the first film Vicky Donner, she becomes a sperm donor, in Dream Girl she becomes an adult hotline telephone operator in the voice of a girl, and in the ever-happy Mars more cautious she becomes homosexual. In this film, Ayushman has become a Punjabi bodybuilder. He himself is a resident of Chandigarh and a Punjabi, so this role was written with him in mind. You will find dozens of such shows in Chandigarh. She will have her own English MashaAllah, but the girl is absolutely a supermodel who speaks English. Bani Kapoor is making progress in film through film but he has done an unexpected job in this film. She followed in Ayushman’s footsteps and played the role of a “trans” girl. He is Punjabi in film as well as in real life. This introduction was also written by voice. He has done wonderful work in this character.

Now let’s talk about where the film has been seen to go awry. The screenplay is weak. The dialogues still seem to have improved a lot for Galvara and Ayushman as he is proficient in the language and style of the boys in Chandigarh. The aspects that needed a little attention have been dealt with very quickly. Gender reassignment surgery is a very expensive deal, with no mention of it except an animation video. With so many gender reassignments happening in India and abroad, it is possible to be a boy to a girl, but a girl has never been seen to be as beautiful as Bani Kapoor. In the story of Bani, problems and feelings from childhood to adolescence are directly removed from the screenplay. There is so much emphasis on romance that the gender reassignment operation seems to be an unnecessary part of the story. With the strong structure of Ayushman and the thin and strong body of Bani, all the characters are weak. Ayushman’s widowed father has been told the story of his love for a Muslim girl. Ayushman’s sisters are very indecent characters and top performers. Ayushman’s business partners twin brothers Reese and Jomo have no character, they seem to be from Faltu May Aaye. Even if Bani’s mother, Bani’s cousin, Bani’s friend were all removed from the film, it would not have made any difference. Instead, the film manages to entertain as well as inform. Ayushman’s anger also seems to be fake and as easy as he becomes a believer, it seems childish. There is a male-dominated society in Punjab where such relationships are not accepted and no boy can accept such relationships, but Ayushman has done so in very few scenes. Tired of using the word hijra, Ayushman finally goes to hijra and tries to understand the relationship between himself and Bani. That sounds weird.

In 2004, Josie Sidhu wrote this song for boys and girls in Chandigarh which was a huge hit. The name of the picture is also named after this song. Cinematography largely captures the colors of Manoj Lobor and Chandigarh. The music of the film is Sachin-Jigar and the mood of Chandigarh. The beats of Kalle Kale and Drag Te Naach are amazing. The film is produced by T-Series and also has a remix of Tanisk Bagchi’s “Chandigarh Kare Aashiqui”. The editing is in the hands of experienced Chandan Aurora and probably the editor has won the battle between the writer and the editor because the backstory and supporting cast have been dealt with very quickly.

Director Abhishek Kapoor may be given full marks for the new idea, but for a bad script, Supratik Sen, Tushar Paranjape and Abhishek himself should think twice. Ayushman should be commended for doing something new every time and above all he should be commended for taking on such a role despite being so handsome and playing it with enthusiasm. Fighting from pure country romance and now Chandigarh Kare Aashiqui, this film will probably give Bani the right choice of picture. The picture should be seen so that the frustration of the mind is relieved and the mind is opened a little. Although the screenplay of the film is weak, it does not make much difference in whether the film is entertaining or not.