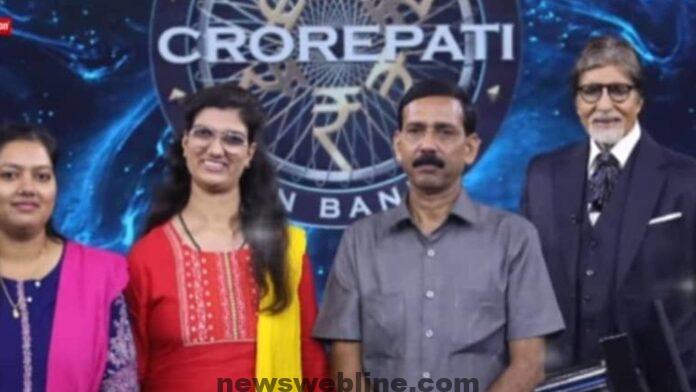 Himani Bundela has become the first millionaire in the 13th season (KBC 13 First Millionaire) of the popular quiz based reality show ‘Kaun Banega Crorepati’ on TV. He won one crore rupees in the show. He left the game on the question of seven crore rupees. During the game, Himani impressed the audience including Amitabh Bachchan with his intelligence and spontaneity. He was answering all the questions without hesitation and with confidence.

Himani Bundela (KBC 1 Hi Himani Bundela) besides winning a prize of Rs 1 crore, was also gifted a car to show his great gameplay and confidence in the hot seat. During the episode, it gradually moves away from the fact that Himani was blind and had a lot of knowledge that became a topic of discussion. Himani told News18 that he is a big fan of the show and has always wanted to be on TV.

“I’ve been trying for KBC since 200BC,” Himani said in the conversation. I was probably 13-14. At the time, it was a messaging system and I couldn’t participate in the show. When the registration system for the show started in 2019 through the app, I thought it was authentic. This time I took my place in it. After registration, when I received the message that you are registered. My confidence has started to grow that I will sit in the hot seat.

Himani also remembers his accident in 2011, where he lost his sight. He said about it on the show. He said he always focuses on those who have positive thoughts and ignore the negative. He said he had many good friends in college who supported him. He said people who worked together also supported his first posting.

Himani also praised the voice of ‘KBC 13’ host Amitabh Bachchan. She said her voice boosted her confidence. Whenever he talked about her, he would be very happy and feel very good. He says that whether he lost or won, he enjoyed the time a lot.

“I want to start inclusive coaching,” Himani said of using the winning amount. An inclusive coaching center will be opened for competitive examinations, where children with disabilities and ordinary children will study together. We will prepare them for UPSC, CPCS. I want to dispose of my father’s small business which was ruined by the Corona epidemic. I want to dispose of that business again so that their future is secure.