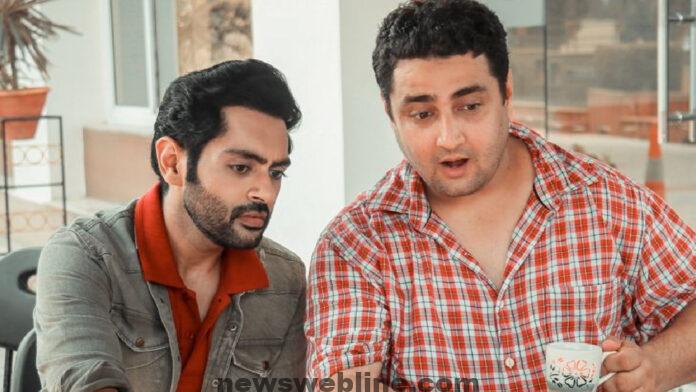 New Delhi. Dinesh Sudarshan Soy, who has moved from casting director to director, is very busy with back-to-back music these days. Recently a new song of Dinesh ‘Ki Thi Dosti’ has been released and with the release this song has also gone viral on social media. The song has been viewed more than 1.6 million times on YouTube in just 4 days.

I tell you, it is clear from the series of comments in the video that this song has entered people’s hearts. At the same time, actor Karan Singh Chhabra has also debuted on a music album with this song and with him Kanika Mann is seen as an actress. Speaking of Karan, his life has changed since the release of this song. In an exclusive interview with News18, Karan said that not only ordinary people, but also people associated with the film industry liked his performance in the song.

Karan said that after the release of this song, he got an offer for a southern film. He gives full credit to his friend Dinesh. Let us tell you, Dinesh and Karan have known each other for the last 8-9 years and their tunes are very similar. Talking about the song ‘Ki Thi Dosti’, Dinesh gave the opportunity to Uttarsh Saxena to sing this song. The story of this song is based on the friendship of a boy and a girl studying in college.

In fact, while studying together in college, the boy falls in love with the girl, but the girl does not accept him as her love and asks the boy to be her friend, which is not acceptable at all to the boy and eventually the boy leaves her, after which the girl starts looking for him.

Share
Facebook
Twitter
Pinterest
WhatsApp
Linkedin
ReddIt
Email
Tumblr
Telegram
Previous articleFrustration among young people during the epidemic, social media addiction is on the rise: doctors
Next articleCPL 2021: Shah Rukh Khan’s team loses in Super Over, Kieron Pollard gets out on first ball, doesn’t even get a run