IND vs ENG: Find out what the weather will be like during the Oval Test 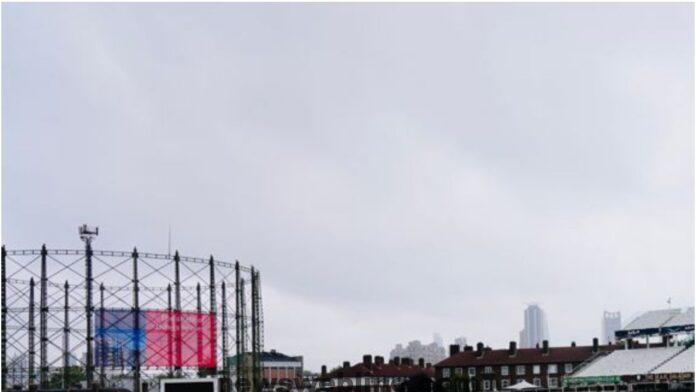 New Delhi. The fourth match of the series will be played between India and England at the Oval (IND vs ENG Oval Test) from Thursday 2nd September. England drew 1-1 in the 5 Test series by defeating the visiting team in Leeds. In such a situation, it is a tax or die match for both teams. Because the team that wins this match will not lose the series. The problem for India is that his record at the Oval is not very good. India have not won a Test here in 50 years. In 1 ground1, Team India recorded the first Test win at this ground. But since then, India’s quest for victory has not ended. India have lost the last three Tests at this ground.

If India lose here again, the dream of winning the series in England after 2007 will remain unfulfilled. However, the role of weather will be very important in this case. Because when will the weather in England change? It is not known at all.

Headingley’s weather was kind and it was sunny most of the time during the Test match and in 4 days England defeated India by an innings. But Kennington Oval is where the fourth Test between the two countries will be played. There can be weather problems (IND vs ENG Oval Weather Forecast). The weather forecast for the next few days is similar. The BCCI also shared a picture of the Oval. He is not showing any good signs.

Even on Tuesday the sky here was cloudy and there was light rain. Now let’s talk about the weather on the first day of the Test starting on Thursday.

Fast bowlers can get help on the first day at The Oval
According to Accuweather.com, on the first day of the Oval Test, September 2, the sky will be cloudy for the first few hours. However, by noon the sun will come out of the clouds and the sun will rise. However, the Oval is considered good for field batting. In the last 10 years, Kennington Oval’s batting average is 32.01 higher than all the 5 places used in this series. In such a situation, it will not be difficult to collect runs here. However, due to cloudy skies and temperatures hovering between 18 and 20 degrees, fast bowlers can get help from the pitch in the first few hours. However, the good thing is that the chances of rain for the first two days are negligible.

There is a possibility of rain at the Oval for the last few days
From the third day of the Oval Test i.e. September to September the weather conditions may get worse. There is a 50 percent chance of rain on this day. The next day, the fourth day of the Test match, there may be thunderstorms and heavy rain with thunderstorms. Rain could also disrupt the game on the fifth and final day of the match. In such a situation toss can play a very important role in this match. We also saw it in Headingley. Despite the favorable conditions of the fast bowlers, Virat Kohli batted first and the Indian team was bowled out for 78 in the first innings and then lost the match.

The Oval season will influence Play-11 decision making
The possibility of cloudy skies and rain at the Oval could also affect Team India’s playing-11. Ashwin is expected to return in place of Rabindra Jadeja. However, captain Virat Kohli rarely changed the landing formula with 4 fast bowlers. However, considering the work pressure of the bowlers, Mohammad Shami or Jaspreet Bumrah can be rested.

At the same time, out of form Ishant Sharma can be replaced by Shardul Tagore in Play-11. Because he can bowl as well as bat.