Both cricket and kabaddi are far from the Olympics, but the league has made players millionaires 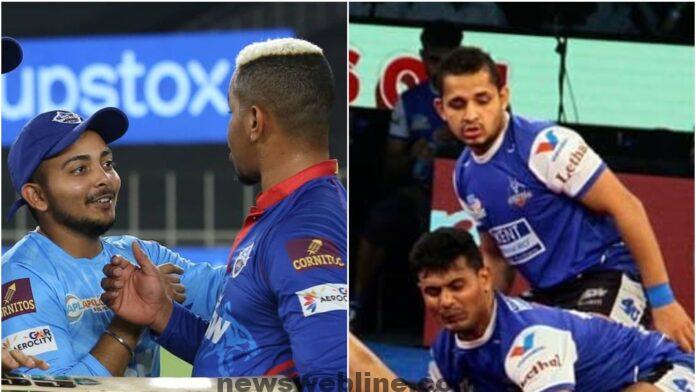 UP Jodha recently bought Indian kabaddi player Pradeep Narwal at an auction for Rs 1.65 crore. He became the highest paid player in the history of the league. This shows that the popularity of Kabaddi in the country is constantly increasing. Not only that, the game is also getting new sponsors. Another player also got more than one crore rupees in the current auction. About 20 players got Rs 50 lakh. Before the league started, kabaddi players were not stronger than money. But now the players are creating their own identity.

Cricket is considered to be the biggest sport in India. The BCCI is the richest cricket board in the world. IPL is the biggest cricket league in the world. That means we have dominance in cricket. IPL players get a maximum of Rs 17 crore. It’s a lot more than kabaddi. But it has also benefited our domestic cricketers. Not only that, the league has given Team India a lot of great players. Fast bowler Jaspreet Bumrah has made an impression in the IPL and got a place in Team India.

Read more: Afghan women cricketers claim – ICC did not help, leaving the country is the saddest

The initiative to include cricket in the Olympics began

However, cricket has been played in the Olympics. It was also played at the 1900 Paris Olympics. But only two teams landed. Cricket has never been a part of the Olympics since then. Now the ICC is trying to include cricket in the 2028 Los Angeles Olympics. The BCCI is also in support of him. Cricket is slowly growing in America. Many former players from India, England, New Zealand, Pakistan have also signed a contract to play in the league in America. Under such circumstances, it would not be a surprise if cricket gets a place in the 2028 Olympics.