Mumbai: News of the death of TV actor Siddharth Shukla is still not believed by his fans and other celebrities. The actor died of a heart attack this morning (Siddharth Shukla died of a heart attack). Siddharth’s body is currently at Cooper Hospital, Mumbai BMC. After this sad news, Bollywood and TV stars are constantly tweeting and remembering him and expressing their sympathy.

Madhuri Dixit writes, “It is incredible and tragic. You will always miss id Siddhartha_Shukla. May your soul rest in peace. My sincere condolences to the family.”

Farah Khan wrote, “Could this year be worse ?? Id Siddhartha_ Shocked and deeply saddened by the news of Shukla’s death. My heart is with his family.” Kiara Advani writes, “God it is heartbreaking !! May your soul rest in peace # Siddhartha Shukla. My deepest sympathies to his family and loved ones.” 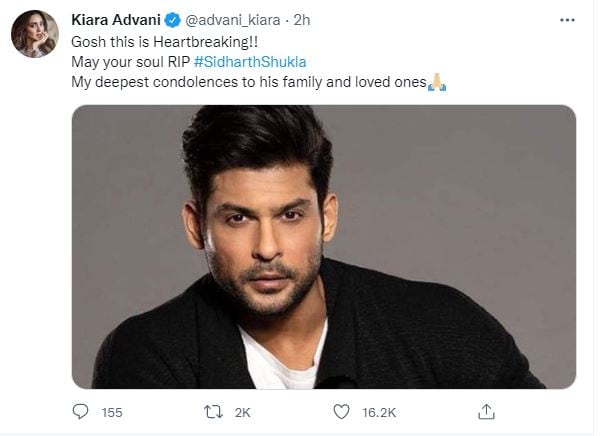 Manoj Vajpayee wrote in a tweet, “OMG !!! It is very tragic.” 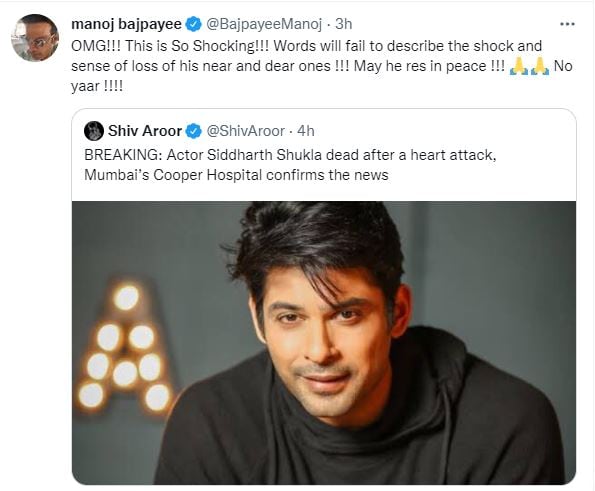 Kapil Sharma wrote, “Oh my God, this is truly heartbreaking and heartbreaking, my sympathy for the family and prayers for the departed soul. Om Shanti.” Singer Mika Singh wrote, “I am shocked and shocked to hear the news of the death of a very talented, popular and handsome actor. Life is so unpredictable. God bless his soul.” Varun Dhawan wrote, “May your soul rest in peace brother. My deepest sympathies to my family and loved ones.” 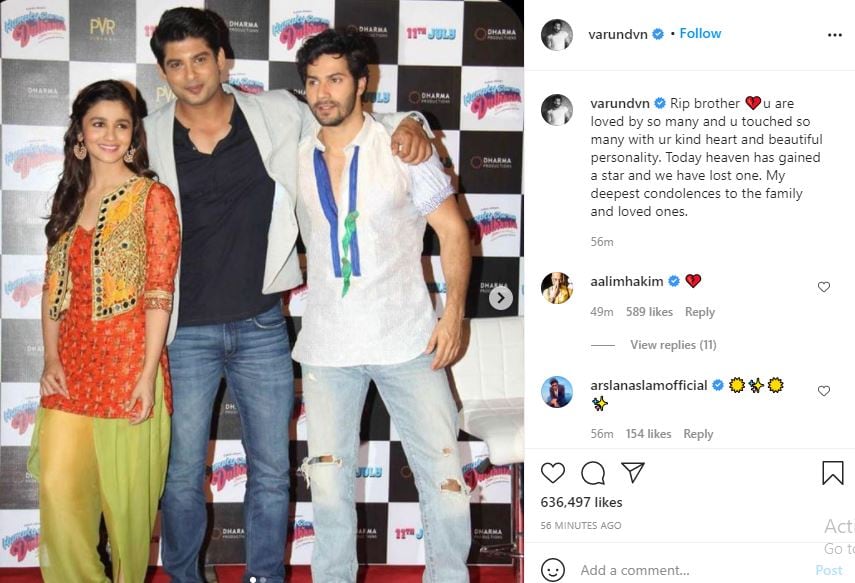 Let us tell you, Siddharth Shukla started his career as a model and made his acting debut in the television show ‘Babul Ka Angan Chhota Na’. She later appeared in shows like ‘Love You Zindagi’ but through the show ‘Balika Vadhu’ she became a household name. He also starred in reality shows, including ‘Jhalak Dekhla Ja6’, ‘Fear Factor: Khatron Ke Khiladi 7’ and ‘Bigg Boss 13’.