In the green co-ord set, Sunny Leone continues to rule a million hearts 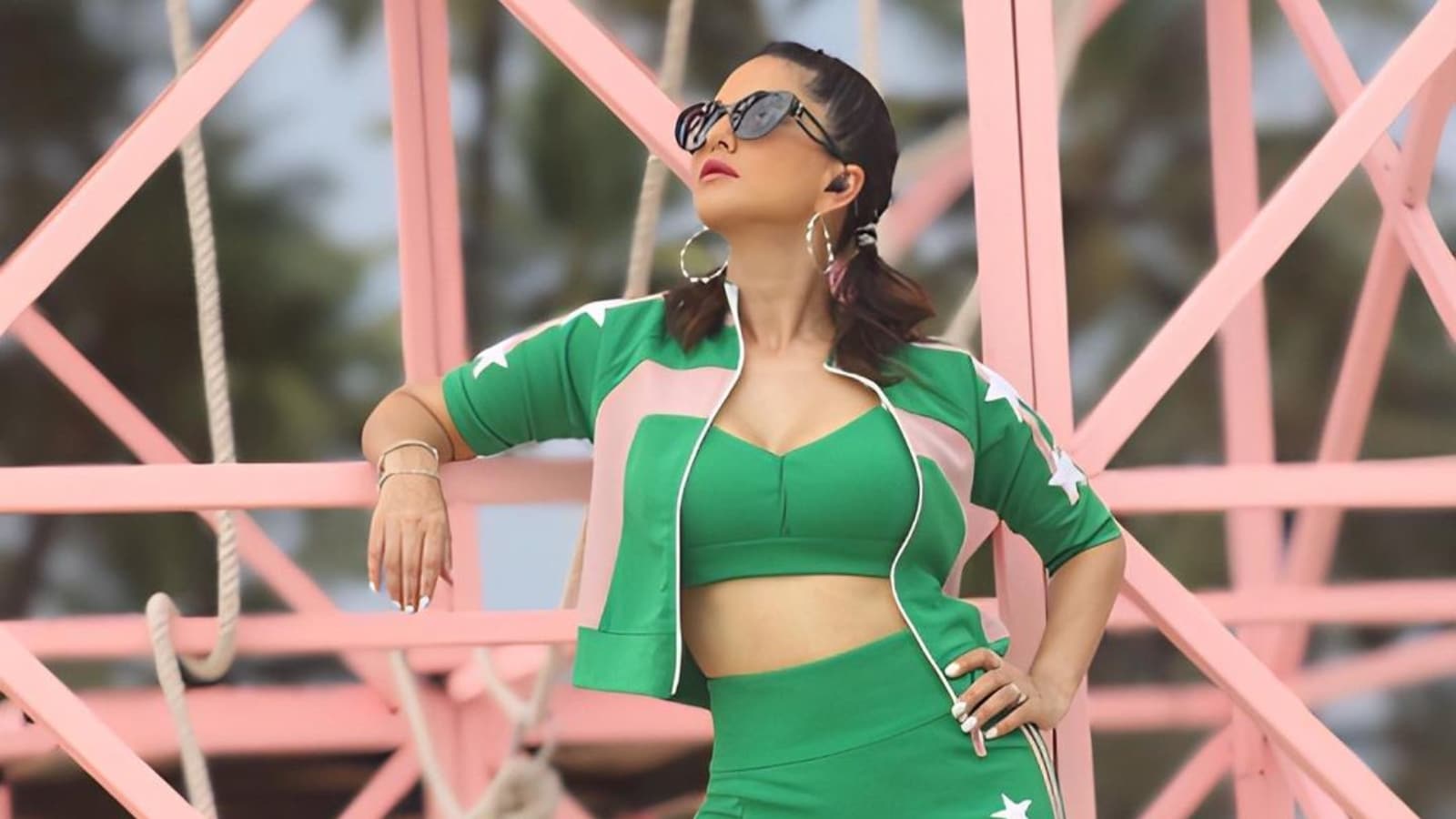 The diva always keeps all fashion critics on their toes. Each episode showcases her on-point fashion game and if you miss these episodes, her Instagram feed is the next best option to follow her. Recently, the actress posted a bunch of pictures from the sets of MTV Splitsvilla X4.

We all know “green is the color of the season” and following the trend, she wore a co-ord set with a matching crop jacket. The co-ord consisted of a solid green crop top and a pair of shorts with a few star details on one side. The jacket features a subtle combination of powder pink and green.

Keeping it minimal she opted for just a pair of hoops and glasses. While posting these pictures, she wrote, “Going green!”

Earlier, she posted another perfect photo and gave some major holiday outfit inspo. Her white graphic crop t-shirt and emerald green mini skirt with belt details make her look gorgeous. We definitely can’t take our eyes off her colorful sneakers and glasses.

Sunny Leone is currently hosting the reality show MTV Spiltsvilla 14 on MTV. Apart from the reality show, Sunny also has The Battle of Bhima Koregaon directed by Ramesh Dis. On the other hand, Payal Rajput’s upcoming films include Kirathaka directed by Veer Bhadram and Angel directed by KS Adhiaman. Both the films are currently under production. However, there is no word on Vishnu Manchu’s upcoming projects.