The film ‘Sharmaji Namkin’ is quite special. Half of the film will feature Rhi Kapoor and the other half will feature Paresh Rawal as Ishi. This will be the first Bollywood film where such an experiment is going to take place. 2 posters of ‘Sharmaji Namkin’ have been released. In these 2 posters, Shi Kapoor is seen in one and Paresh Rawal in the other.

Ishi Shi Kapoor can be seen in half of the film.

Sharing these posters, the producers wrote, ‘We are proud to present the poster of a special film‘ Sharmaji Namkin ’starring Sharma Shi Kapoor, one of the most famous actors in the Hindi film industry, whose unique work and work is going on. We will always cherish excellent careers. 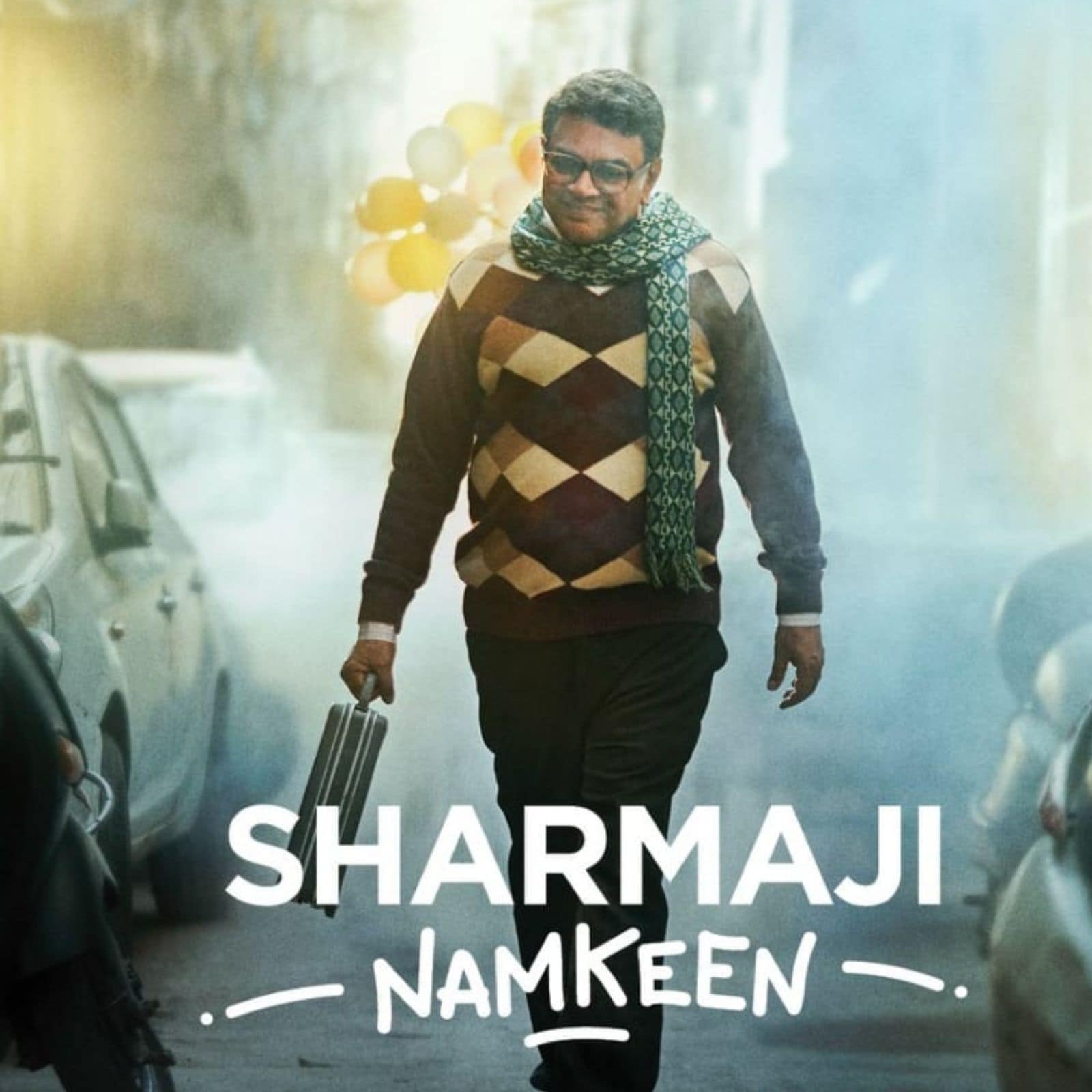 In the second part, Paresh Rawal is seen in the same look.

He further wrote, ‘The first look of his last film has been released as a symbol of his love, respect and memory and as a gift to millions of his fans. Many thanks to Paresh Rawal, who has completed the film by agreeing to take sensitive steps to play the character of completed Shi Kapoor. Produced by Excel Entertainment and McGuffin Pictures, directed by newcomer Hitesh Bhatia, the film tells the story of a favorite 60-year-old man. 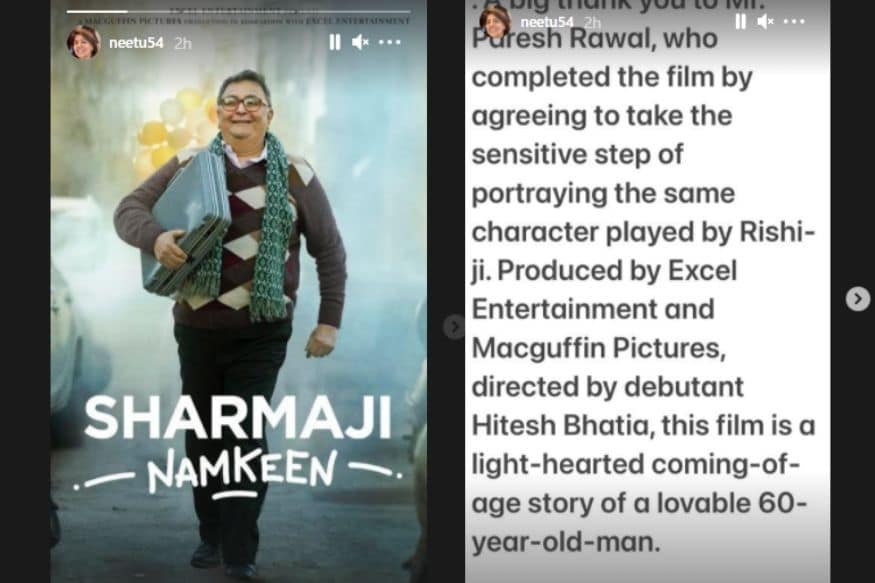 Nitu Kapoor shared this in his Insta story.

At the same time, his daughter Hdhima Kapoor Sahni and Nitu Kapoor also shared this look of the actor on their official social handle and thanked the producers and remembered the late actor. Let us tell you that this upcoming film is being directed by Hitesh Bhatia, who is going to make his Bollywood debut through this film. Juhi Chawla is also set to appear in an important role in the film. The film is co-produced by Ritesh Sidhwani, Farhan Akhtar, Hani Trehan, Abhishek Chaubey and Qasim Jagmagia. The story of a happy 60-year-old man is being created under the banner of ‘Film Excel Entertainment’ and ‘McGuffin Pictures’.