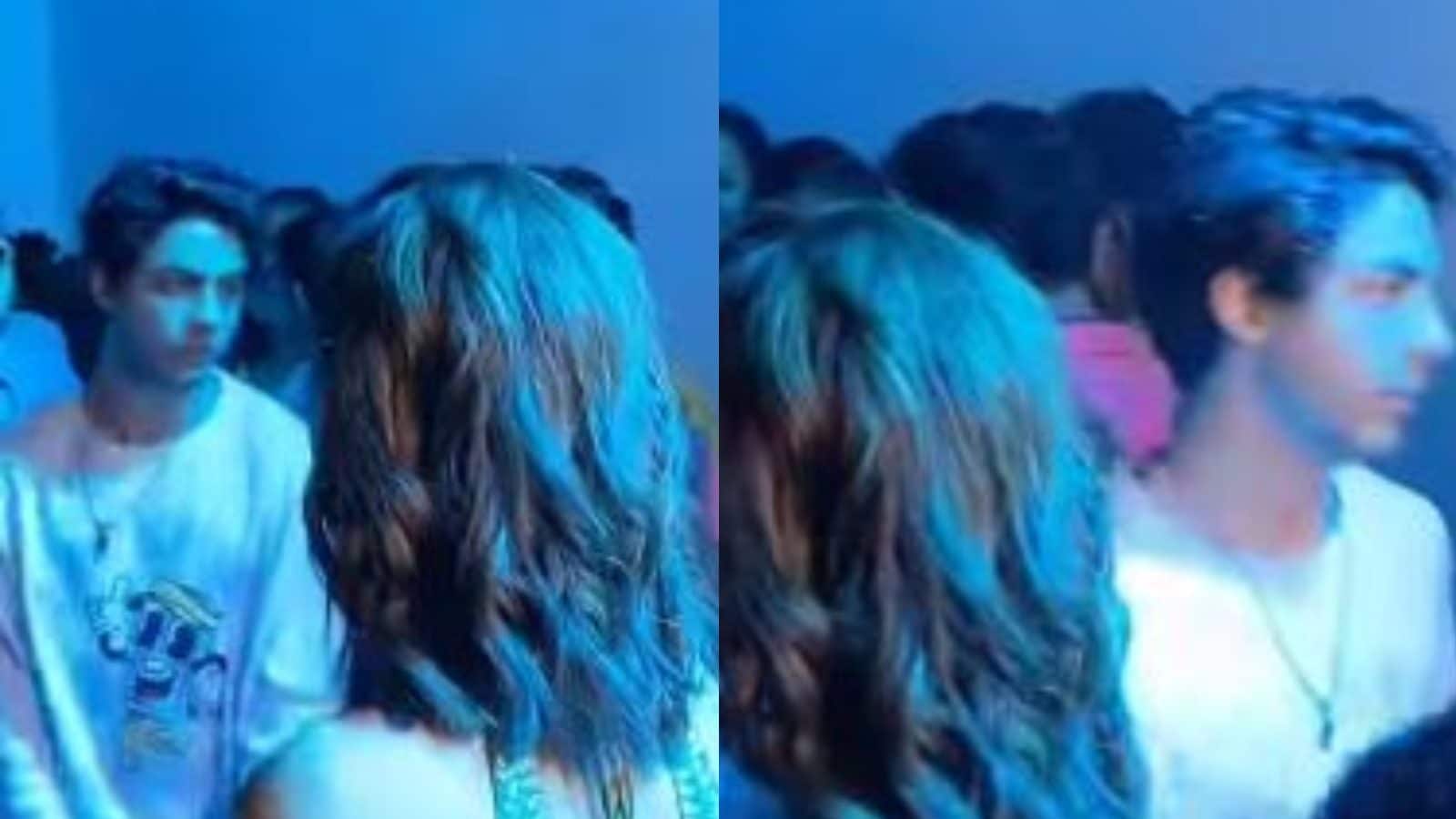 Shah Rukh Khan’s son Aryan Khan was recently spotted at a special screening of Madhuri Dixit’s Maja Maa in the city. Aryan watched the movie with his sister Suhana. Also pictured at the film screening was Suhana’s The Archies co-star and Amitabh Bachchan’s grandson Agastya Nanda. We also spotted Karan Johar, Nora Fatehi and Sharvari at the screening. Needless to say, the film’s cast, including Madhuri Dixit, Gajraj Rao, Hrithik Bhowmik, Barkha Singh and Srishti Srivastava, attended the screening of the film in the city.

While many were waiting to pose for the paps, Shah Rukh Khan’s kids – Suhana and Aaryan – made headlines for crossing the red carpet. But what caught our attention was Junior Khan walking fast and past the Ligar actress without even noticing her presence. Dressed in a white full sleeve sweatshirt, Arian paired it with black denims and looked even better. On the other hand, Ms. Pandey rocked the desi look in a sequinned lehenga.

Bollywood’s popular paparazzi Viral Bhayani posted the video on Instagram. Check it out: