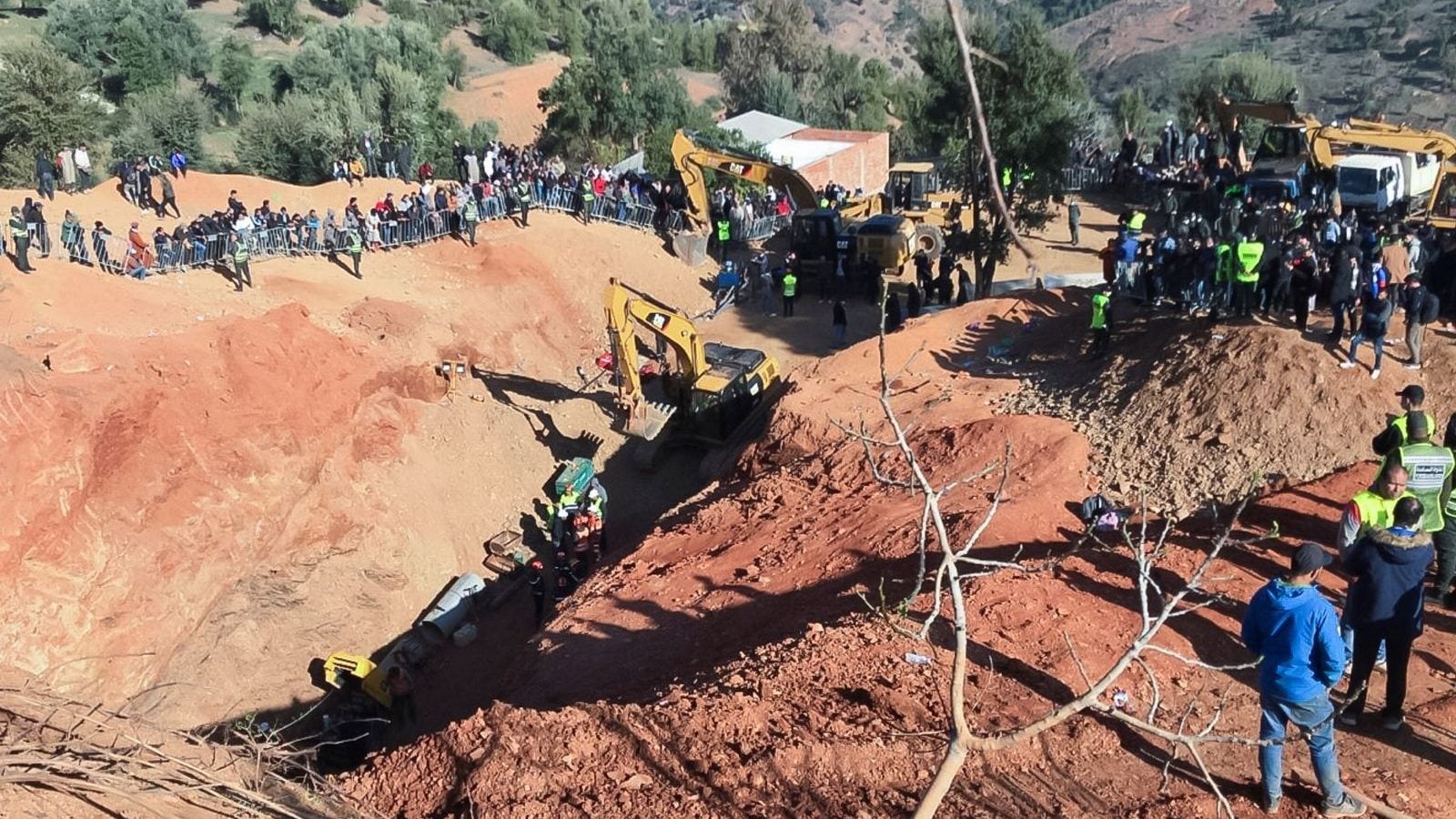 A small boy trapped in a well in northern Moroccan for five days died before rescuers were able to reach him late on Saturday and retrieve his body, two government officials said.

Footage posted on social media showed the scene after his body was recovered, with hundreds of distraught rescue workers and onlookers gathered at the site chanting to god and shining the flashlights of their phones into the air.

Rayan Awram, aged five, fell into the well at his village of Ighran in the hills near Chefchaouen on Tuesday, triggering a huge rescue effort that engrossed the country.

Rescuers finally reached him late on Saturday after removing much of the adjacent hillside and delicately tunnelling a horizontal passage into the well.

The well was only 45 cm (18 inches) wide at the top and tapered as it dropped 32 meters (100 feet) to the bottom, where Rayan was trapped, making it impossible for rescuers to descend directly.

A male relative of the boy said on Friday that the family had first realized he was missing when they heard muffled crying and lowered a phone with its light and camera switched on to locate him.

“He was crying ‘lift me up’,” the relative said.

The hilly region around Chefchaouen is bitterly cold in winter and rescuers attempted to keep the boy alive by lowering food, water and oxygen through a tube.

Rescuers worked round the clock cutting a massive trench through the hillside, then tunneling horizontally towards Rayan, with a constant risk of triggering landslides.

In the final hours of the rescue effort, workers had to move with extreme caution as they attempted to dig through the earth and rocks to where Rayan lay.

They were eventually able to access the well late on Saturday, and carried his body to a waiting ambulance.

Crowds had gathered at a vigil at the scene to watch the rescue effort as hundreds of workers toiled to save the child. Across the country, Moroccans followed the saga on television in homes and cafes.

“I am so sad to learn Rayan has died. Sincere condolences to the parents, “said Abderrahim Sabihi, a Rabat resident who was following the rescue effort from a cafe.