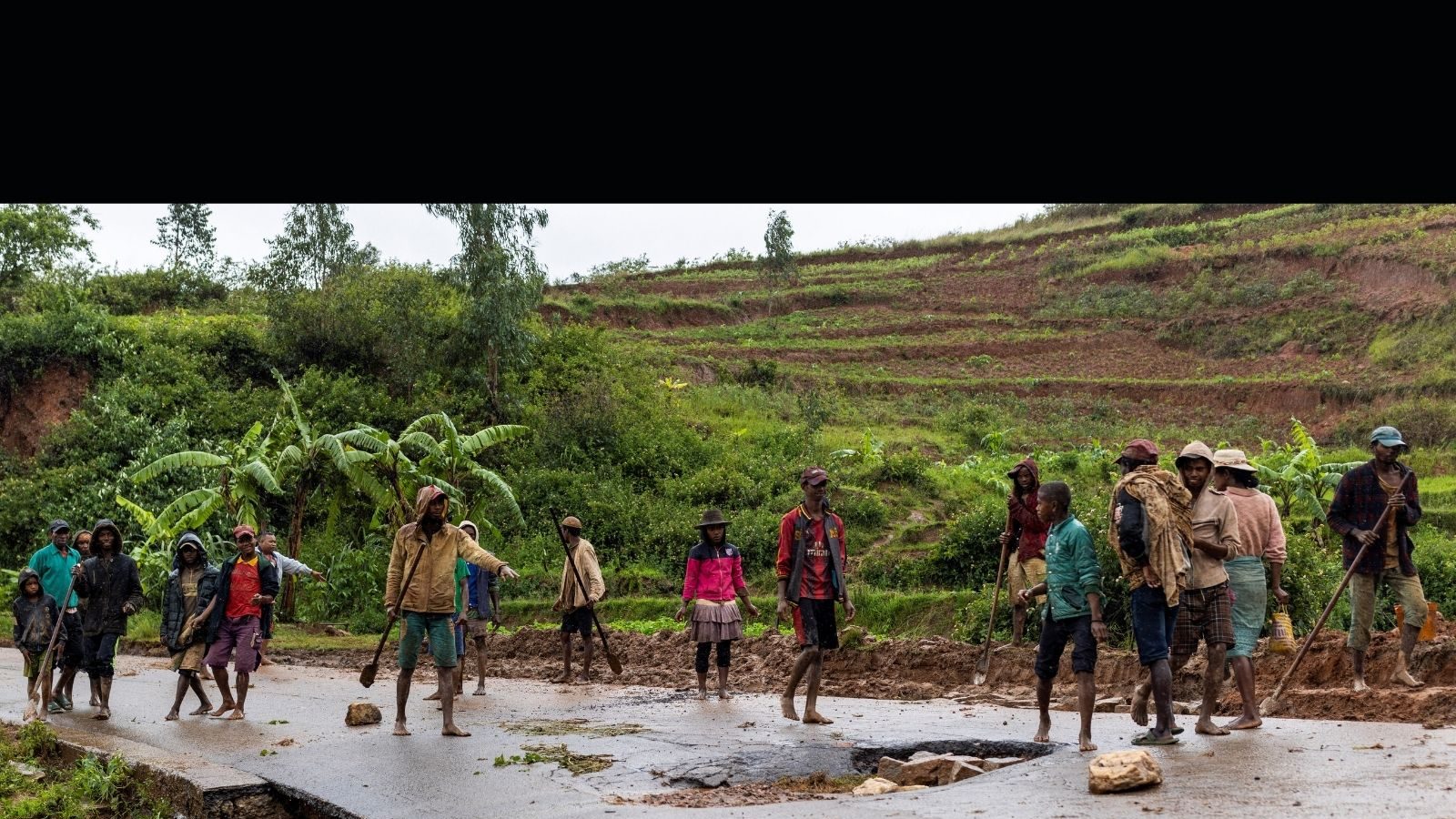 Three people were reported dead in southeastern Madagascar on Sunday after cyclone Batsirai made landfall, leaving a trail of devastation including collapsed buildings, power cuts and flooding. One of the towns badly affected was Nosy Varika on the coast where most of the buildings were destroyed and the town was cut off from the surrounding area due to flooding, an official said.

Batsirai swept inland late on Saturday, slamming into Madagascar’s eastern coastline with heavy rains and wind speeds of 165 kilometers per hour (103 miles per hour). It was projected it could displace as many as 150,000 people. The damage from the storm system is compounding the destruction wreaked by another cyclone, Ana, which hit the island just two weeks ago, killing 55 people and displacing 130,000 people.

Madagascar state radio reported thee people had been killed in the town of Ambalavao, about 460 km south of the capital Antananarivo, when their house collapsed as the storm swept the area. The government’s office for disaster management was expected to release figures of casualties and displacement later on Sunday.

“We saw only desolation: uprooted trees, fallen electric poles, roofs torn off by the wind, the city completely under water,” Nirina Rahaingosoa, a resident in the town of Fianarantsoa, ​​420 km south of the capital, told Reuters by phone. Electricity was knocked out in the town as poles were toppled by the strong gusts of winds that blew all night into Sunday morning, he said.

Willy Raharijaona, technical adviser to the vice president of Madagascar’s Senate, said some parts of the region like the town of Nosy Varika in Madagascar’s southeast had been cut off from the surrounding areas by flooding. “It’s as if we had just been bombed. The city of Nosy Varika is almost 95% destroyed. The solid houses saw their roofs torn off by the wind. The wooden huts have, for the most part, been destroyed,” he said.

Another resident who gave only one name, Raharijaona, told Reuters even schools and churches that had been prepared to shelter the displaced around Mananjary town in the southeast had their roofs torn off.

Elsewhere in the central Madagascar region of Haute Matsiatra villagers shovelled mud from a road on Sunday to clear damage from a landslide caused by Batsirai.

Madagascar is still reeling from tropical cyclone Ana that struck the Indian Ocean Island nation on Jan. 22, leaving at least 55 dead from landslides and collapsed buildings and left widespread flooding. After ravaging Madagascar, Ana moved west, making landfall in Mozambique and continuing inland to Malawi. A total of 88 people died, including those in Madagascar.