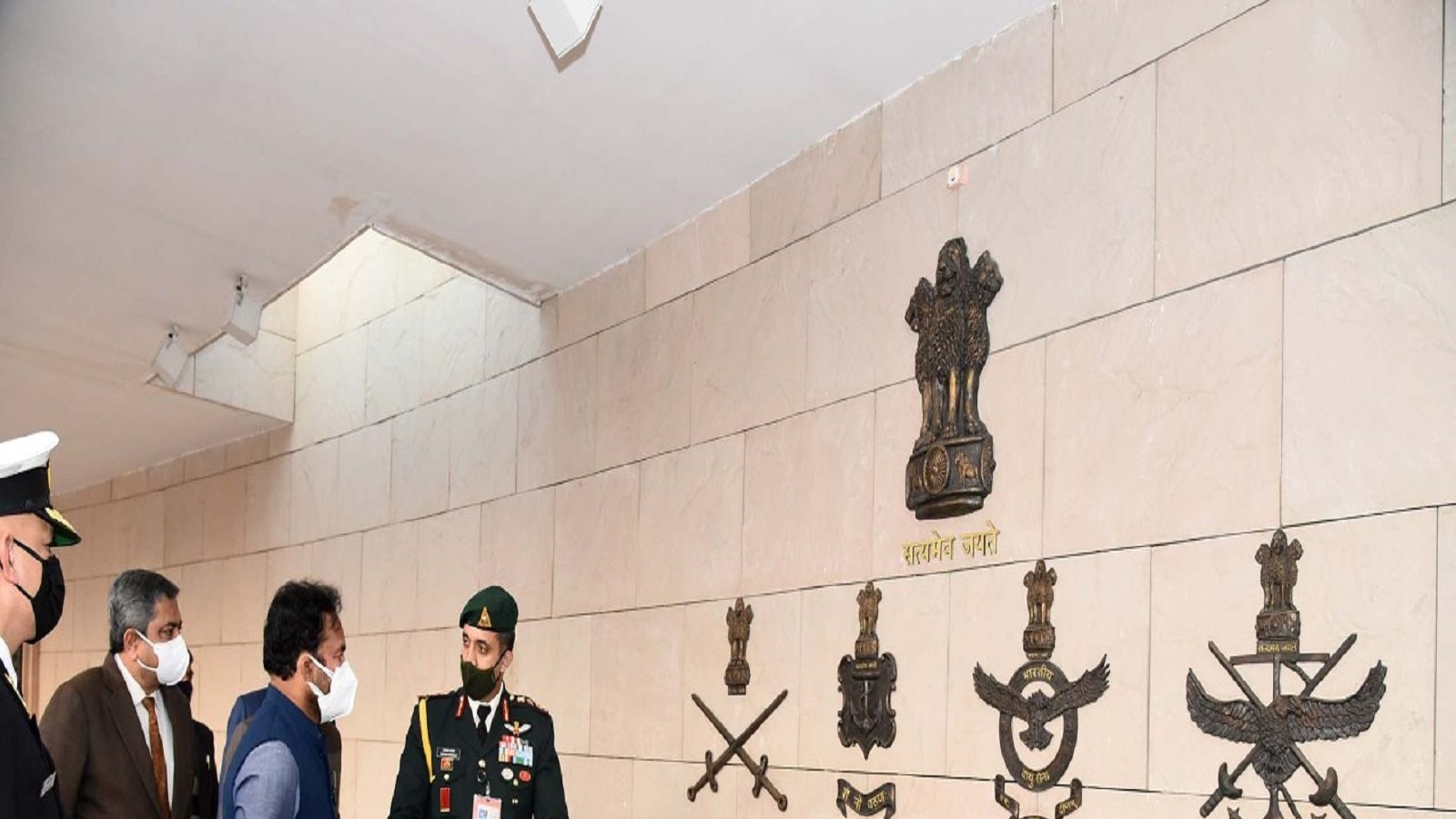 New Delhi. Union Minister of Tourism and Culture G. Kisan Reddy arrived at the National War Memorial today and took part in the retreat. At this time he paid homage to the martyrs who sacrificed their lives for the nation. Reddy also witnessed the Next of Kin ceremony at the memorial, which is held every evening before sunset. He also urged the youth to visit the war memorial.

The Union Minister appealed to everyone, especially the youth, to visit the War Memorial built in memory of the brave soldiers who were martyred in the line of duty. Reddy requested that students from all states and universities should visit the National War Memorial, which awakens patriotism in everyone. The National War Museum represents a nation’s gratitude for its armed forces.

The memorial helps to instill in our citizens a sense of unity, high moral values, sacrifice and national pride. It is a testament to the sacrifices made by our troops during various conflicts, UN operations, humanitarian aid and disaster missions since independence. Since its inauguration in 2019, it has become very popular among the citizens and tourists who come to Delhi.

Take a look at the War Memorial

The War Memorial has been constructed at a cost of Rs 176 crore on about 40 acres of land at India Gate. In addition to the monument, a museum has also been set up here. A subway has also been laid between the two. Besides, the names of 25 thousand 942 martyrs have been written on the walls of the National War Memorial.

The app will reach the Shaheed Memorial

The National War Memorial is spread over a vast area. That’s why a feature phone app has been kept. By typing the name of the martyr through this app, the location of his memorial will be known on your phone. This facility will be special for those people whose village or district soldiers have been martyred in this war. Features included in the app include multilingual conversations in 21 regional languages, easy access for visitors across the country, specially for able-bodied people, 166 Bluetooth for location and live mobile mapping. Along with the Virtual Tour Guide, audio commentary in 21 languages, various battles / battles, the winners of the Param Vir Chakra Award and information on the path to the memorial will be provided.

Patterns of war can be seen on the walls
Some old pictures have been put up on some walls of the memorial. At the same time, war patterns can be seen on several walls. During Kargil, including Siachen, images captured capturing moments like Tiger Hill will also be seen.

Share
Facebook
Twitter
Pinterest
WhatsApp
Linkedin
ReddIt
Email
Tumblr
Telegram
Previous articleGarhmukteshwar Assembly Seat: BJP snatched Garhmukteshwar from the jaws of SP, what is the equation this time
Next articleUP Election 2022: – For the first time, the nomination of the assembly elections started without defection and uproar.