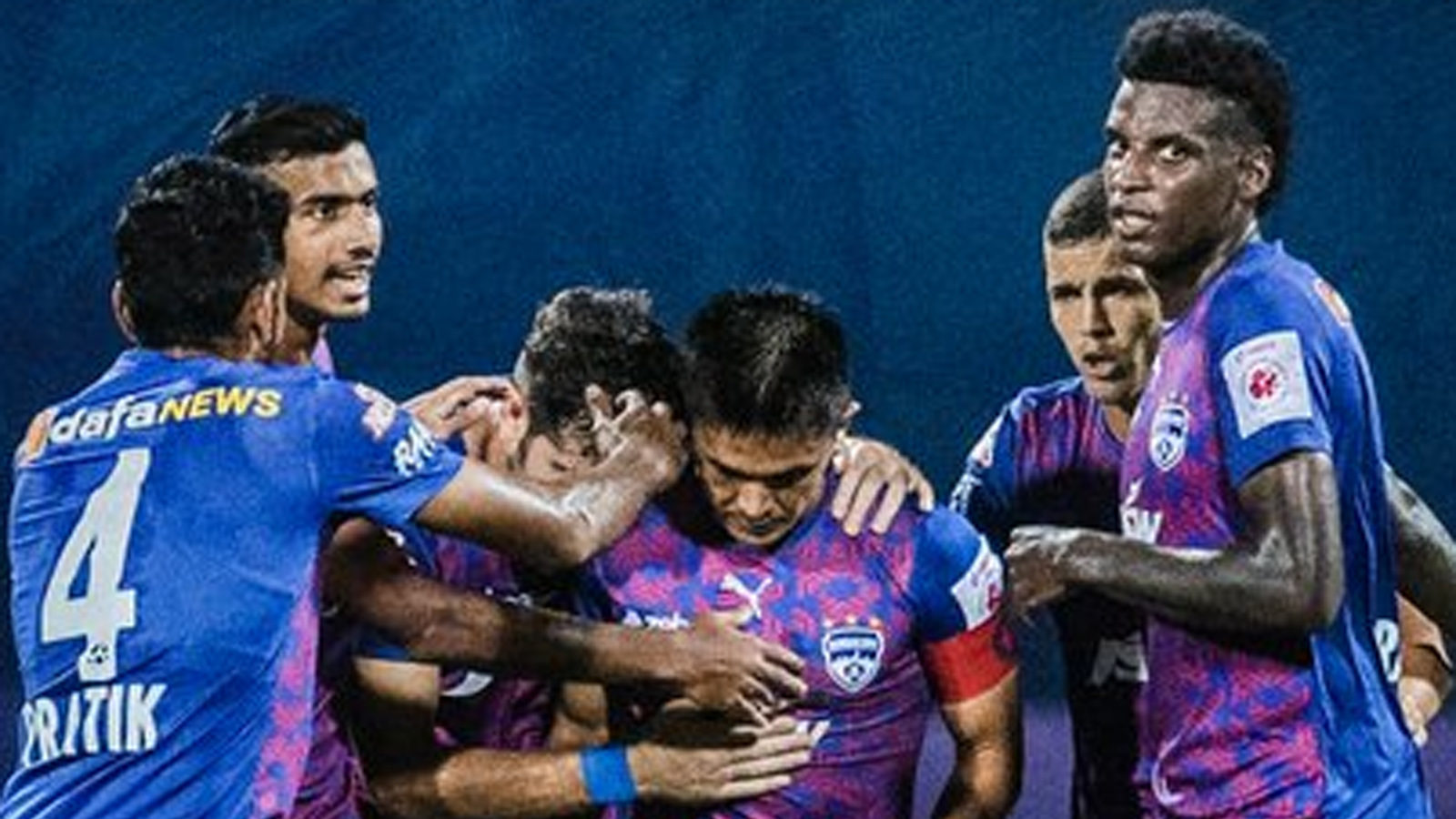 Bambolim. Legendary footballer Sunil Chhetri (Sunil Chhetri) Indian Super League (ISL) has ended the drought of 11 matches. For this reason, Bangalore FC ended the football match on the level playing field after falling behind FC Goa. This is Chhetri’s 46th goal in ISL. He is the joint highest scorer in the history of the league, equaling Ferran Corominas.

The first goal of this ISL match came in the 41st minute when Dylan Fox scored on a header to give FC Goa a 1-0 lead. The score till half time was 1-0 for Goa. The star striker scored in the 61st minute of the second half after half time Sunil Chhetri K Header drew 1-1 with Bangalore FC.

See also, even though India is the 7th clear champion, coach Stemack says there is no ‘special success’

With this draw, Bangalore’s unbeaten run has reached 6 matches. The team is eighth in goal average (14 points from 12 matches with three wins and five draws) while Goa is ninth. Goa has won three of the 13 matches and played five draws.

Share
Facebook
Twitter
Pinterest
WhatsApp
Linkedin
ReddIt
Email
Tumblr
Telegram
Previous articlePutham Pudhu Kalai Vidyadha Review: Some Stories Of Putham Pudhu Kalai Vitiata Very Beautiful
Next articleTwelve Indian players have been ruled out of the AFC Asia Cup due to the corona virus, and all matches have been canceled.