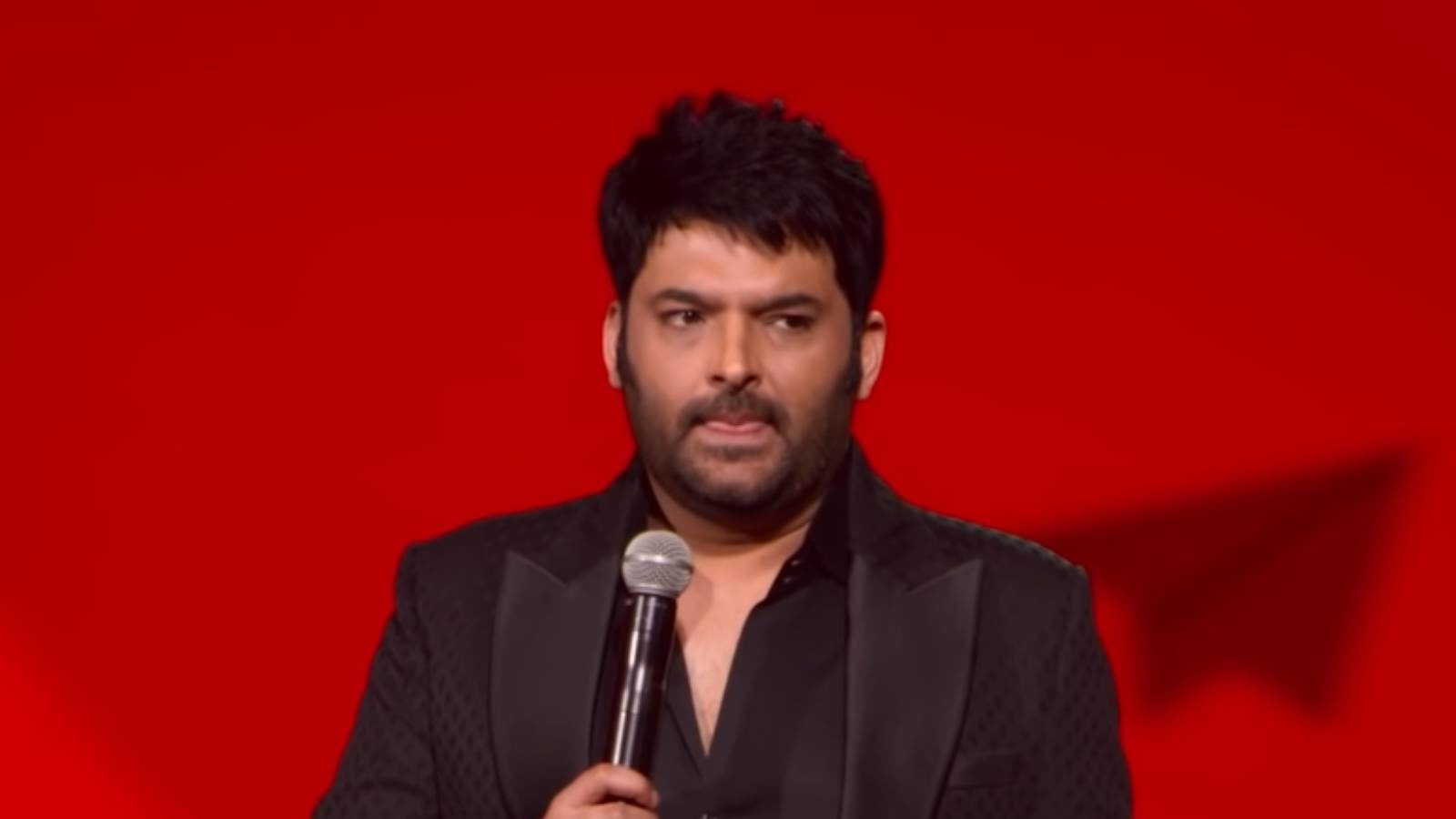 First on Colors TV and now on Sony Entertainment Television since 2016, Kapil Sharma’s arrogance or willpower can be assumed that he said he came to TV first and now he will come to Netflix. They forget that there is no benefit to Netflix without screen and most people watch Netflix on television or mobile. With this one thing, you can guess how thoughtfully Kapil Sharma’s Netflix standup has been specially written. Released on January 26 after a long wait, millions of people are watching. Most of them are singing and raising their heads to the audience. Because in this special episode of 54 minutes, Kapil Sharma is not in his best form or any character of any member of his group except his musicians was seen on stage. Kapil Sharma’s standup did not move with time. Looks like you’re hearing false adventure stories from your beloved uncle who came to the wedding.

The Kapil Sharma Show or Comedy Nights with Kapil, both shows have some celebrities with Kapil and some famous actors like Sunil Grover, Kiku Sharda, Chandan Prabhakar, Bharati or Krishna Abhishek. His show has a force of more than half a dozen comedy writers and a few hours of rehearsals after which we watch his shows on Saturdays and Sundays. His standup on Netflix is ​​far from everyone. This special Netflix script was written by Anukul Goswami, his favorite author and creative director of his television show. The script is so bad in many parts that even the punch doesn’t hit properly. The format in which Kapil has been employed for the last few years cannot be used in standup. Ever since Kapil made his name in standup comedy by winning The Great Indian Laughter Challenge in 2007, there has been a huge difference in the style and presentation of standup comedy. Apart from Bir Das, AIB, Abish Mathew, Zakir Khan, powerful comedians like Atul Khatri, Amit Tandon, Sandeep Sharma have now started to stand up to the urban people with their catchy comedy. Due to the OTT platform, international comedians are now also seen by Indians. Netflix has made it special out of a desire to capitalize on Kapil’s popularity, which is weak as a standup comedy. Although Kapil’s fan following is so much that even if everyone sees it once, it will become the most watched special.

Kapil Sharma: In I Am Not Don Yet, Kapil has narrated some events of his life. Since it is autobiographical and Leo Tolstoy also says that ‘all autobiographies are lies’, some information has been tampered with. But Kapil is basically a straight man and coming from a small town like Amritsar, he has achieved such a great status and position in the world of entertainment. They believe in this dignity and position, but somewhere inside the inhabitants of that small town still say, all this was not kept without people. Kapil’s progress is commendable because very few people know about his talent as well as his hard work. He showed a glimpse of her in this particular. Talking so much about his sadness, very few people have seen the pain in Kapil’s eyes. A man from Punjab does everything openly. He is not afraid of anyone. He is not worried that people will judge him. He is not afraid that the people of the big city will make fun of him. He just waits for the moment when he can answer everyone in his own style.

The story of the Prime Minister’s tweet after drinking is told, where Kapil mocks himself for his confusion over alcohol and also salutes Manmohan Singh, who studied at Hindu College Amritsar many years ago. He lamented that he realized his unique relationship with his father after his father’s death and also tried to carve out his own life from his father’s way of life. Kapil, who is deeply in love with his elder brother and mother, meets his wife Ginny on the show, who responds faster than Kapil and the audience laughs at this love. Kapil’s jokes and jokes are all Amritsar and where he keeps Mumbai style, those jokes fail. Kapil’s humor has been categorized as “insulting”. They often make fun or insult the audience, their co-stars or sometimes their celebrity guests. He often puts bad jokes on the faces or bodies of his companions. He stands alone on Netflix, so if he can’t do something like that, he makes fun of himself, though he doesn’t insult. It is Kapil’s specialty that he has been doing comedy on stage for about 20-25 years, but pulls himself up whenever he gets the chance. Kapil, who loves to sing, likes his voice when he is caught singing inconsistencies on several occasions. At the end of this special, he pays a beautiful tribute in the form of a song in memory of his father which is also in Kapil’s favorite language ‘English’. This tribute is special because Kapil did not know how to speak English till many years after his arrival in Mumbai, his hand is still strong, but with this one tribute, Kapil reminded everyone that his work is not finished yet. There is a lot inside Kapil and he will open it like an onion peel, not just cry, laugh from the heart.

Kapil’s comedy shows are seen all over the world and there are many people who watch only one and a half hours of TV on these two days of the week. Many people who were frustrated by Kovid have been able to save their lives by laughing with Kapil and his companions. A lot of times Kapil’s show gets visitors who say how Kapil’s show has kept him, his parents and relatives are laughing at his last moment. Kapil, who loves animals immensely, adopts Zanjeer, the most famous dog in the Mumbai Police Dog Squad. Kapil’s friends say that Kapil cries more easily than he laughs. No one’s grief can be seen from them. He also pulled his childhood friend Chandan Prabhakar in the Laughter Challenge and he was runner up due to his association with Kapil. Famous comedian Bharati gives Kapil the status of his elder brother because in the early days of his career, seeing the fragile financial condition of Bharati’s house during the days of struggle, Kapil used to pay Bharati his salary and prize money many times. In Kapil’s band, Dinesh has been working on lead guitar since his days in Amritsar. Kapil has kept all these things especially round because he is uncomfortable to hear such things. Kapil doesn’t like to cry in front of anyone and he can’t even see himself crying.

Kapil’s standup was weak in many ways. The screenplay could have been better. The name of the show was Kapil Sharma: I haven’t finished yet which means Kapil’s work is not over yet, his innings will last a long time. That’s why all the moments of his life were very emotional, comedy was less. If you look at this standup only from a standup point of view, you will understand that Kapil’s show is not a stand-up show. Kapil is actually like Sachin Tendulkar. There is no other talent like him, but the team consists of 11 players including Ganguly, Dravid, Laxman, Kumble. This Netflix presentation does not do justice to Kapil’s talent. In this particular, he should have talked about his relationship with his co-stars or should have shown the importance of Kapil from the point of view of these friends. Maybe Kapil doesn’t like it, but the viewers fall in love with his friend Kapil knowing his reality.