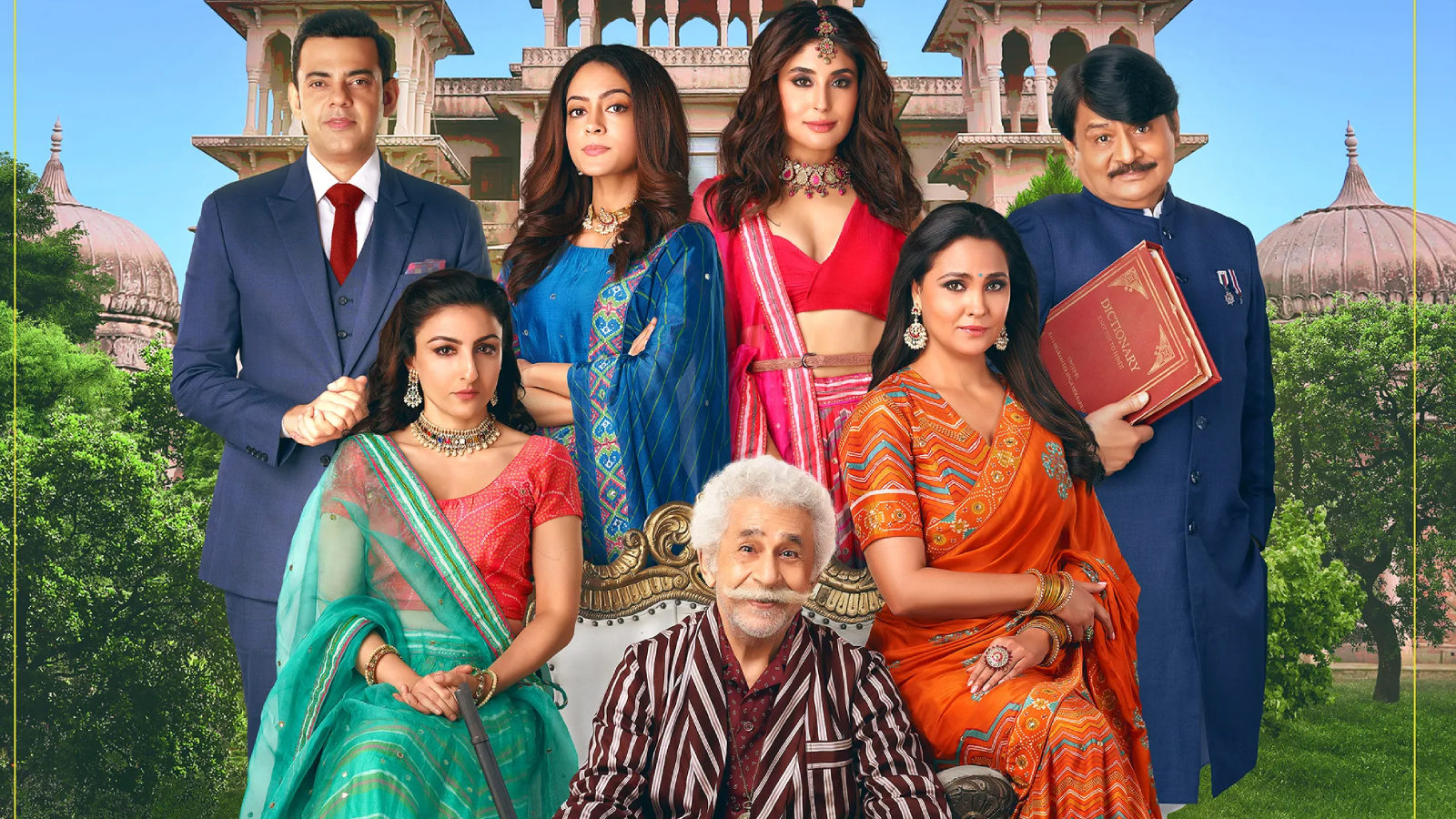 Review of ‘Kaun Banegi Shekharvati’: ZEE5 is a well-known OTT channel in the country and has been featuring multiple movies and web series over the years. In other languages, the content is still good, but in Hindi, the content selectors are probably convinced by looking at the names of the producers that the content will be good. For some time now, ZEE5’s web series, such as Sunil Grover’s Sunflower, Divyendu Sharma’s Scorpion Ka Khel or Kunal Khemur Abhay, have not had a single series that could be considered a fully cooked product. The first web series starring Nasiruddin Shah ‘Kaun Banegi Shikharvati’ has recently been released in this episode.

In this web series of 10 episodes and about 5 and a half hours long, it seems like it will be fun now, it will be fun now, but this fun ends as soon as the episodes are over. Neither Nasir nor Lara nor Soha or Kritika are involved in this web series written like a child. With the exception of a few moments from Raghubir Yadav and child artist Alisha Khair, the whole series is a great waste of time.

The Rajwadas of Rajasthan have now become quite modern. With the exception of some of their traditions, most of the princes have now returned after studying abroad, all of them engaged in some business or business by converting one of their palaces into a heritage hotel. No prince or princess is no longer filmy or fake. This thing is captured in Kaun Banegi Shikharvati, but the way Nasiruddin Shah is presented, it seems that Nasir has done many such characters before, so why is it faded? Nasir seems confused in the role of the king of Shikharvati.

At the beginning of the series, he is seen as a foolish and flamboyant king who relies on his friend Numa Secretary Raghubir Yadav for everything. As the series progresses, Nasir’s character brings new color to each episode. It is difficult to understand whether Nasir is pretending to be a fool or not. In order to choose the right heir for his inheritance, he took his four daughters (Lara, Soha, Krittika and others) from their lives and brought them to Shikharvati.

The rush to escape from the personal life of the four daughters is a different matter. Foolish, novice based games are kept and all four girls take part in it and earn points. In an attempt to find out who gets the most points, many characters enter the story and then disappear. Whether Nasir will get his successor in the end is the end of the story but you don’t need to know because there is no need to show.

Nasir’s OTT debut is very bad. Nasir has never agreed to such a weak story and screenplay. Just know what happened this time. Recalling the role of Raja Chakrasen, the Subedar of Mirch Masala or Hero Hiralal Hiralal or Bhabani Bhabai, the role of King Mrityunjaya Shikharvati seems to have been anemia. In the flashback scene he is shown in the role of a wise father and king. After the death of his wife, they also properly fulfill the responsibility of raising a daughter. On the contrary, he is currently acting as a clown and has become a serious person in the last two episodes. No character graph of Nasir’s life has been written in such a vain way.

Ananya Banerjee and Simran Sahni (Chandigarh Kare Aashiqui) co-wrote this comedy web series. One should not try to understand the characters because they cannot be understood. Lara Dutt has become the eldest daughter that has quietly married her classmate and has children. Her husband’s business was ruined, crores of rupees were owed and she borrowed money from some dons. Surprisingly, Lara’s character is like a controlling wife and she doesn’t even notice it. How to accept it?

The second daughter Soha lives in a dance village and dances. She has two children named Padma and Dhanur, two different lovers. Interestingly, their names have been placed on the yoga mat. There is no similarity of character with their names. What a great performance by both kids though. The third daughter is Kritika Kamra who is a social media influencer and has millions of followers on Clicktagram. In contrast to his figure, this character is so weak that he cannot understand even a simple joke. The fourth daughter Aniya Singh is a game designer and is surrounded by various diseases.

The script does not seem to need to explain that the four sisters live very affectionately with each other, their mother teaches them to connect and live together, how they begin to dislike each other. Humor like Charlie Chaplin at a party hosted by their dad, including hair dyeing, locking the fridge, splashing wine on clothes at the sound of a waiter banging, and picking up a bottle of wine between sisters who have been together for at least 18 years? How will it be digested? Audiences are also confused as to why these Student of the Year type games were kept.

The Arabian Nights and Jataka stories are full of stories of finding a successor, it would be nice to be there. The games are also so childish that the spectators are shaking their heads. As it happens, all four can use their skills to win two games and this time feel old relationship with each other and be friends again. The story also involves an income tax official who disguised himself as a fake prince in order to assess Nasir’s wealth. An income tax officer can be so stupid, that is possible here. The rest of the supporting cast was simple. Raghubir Yadav has also been ruined.

Directed by Ananya Banerjee and Gaurab K. Chawla has done a lot of work together, writing and assistant director. Gaurab made another bad version of “Wall Street” with Saif Ali Khan and Rohan Mehra in a flop movie called “Bazaar”. This web series doesn’t seem to benefit the two of them in their careers either. However, if Nasir, Lara, Soha or other actors were not busy nowadays, perhaps not much money would have been spent on casting, but some money, time and intelligence should have been spent on writing the screenplay as well. Even if there is no song, the background music is good. Anurag Saikia is constantly doing well. There is nothing to remember in the rest of the series, even the cinematography has failed to capture the beauty of Rajasthan. Like the old princes, it is better to forget yesterday’s series. Time will be saved.