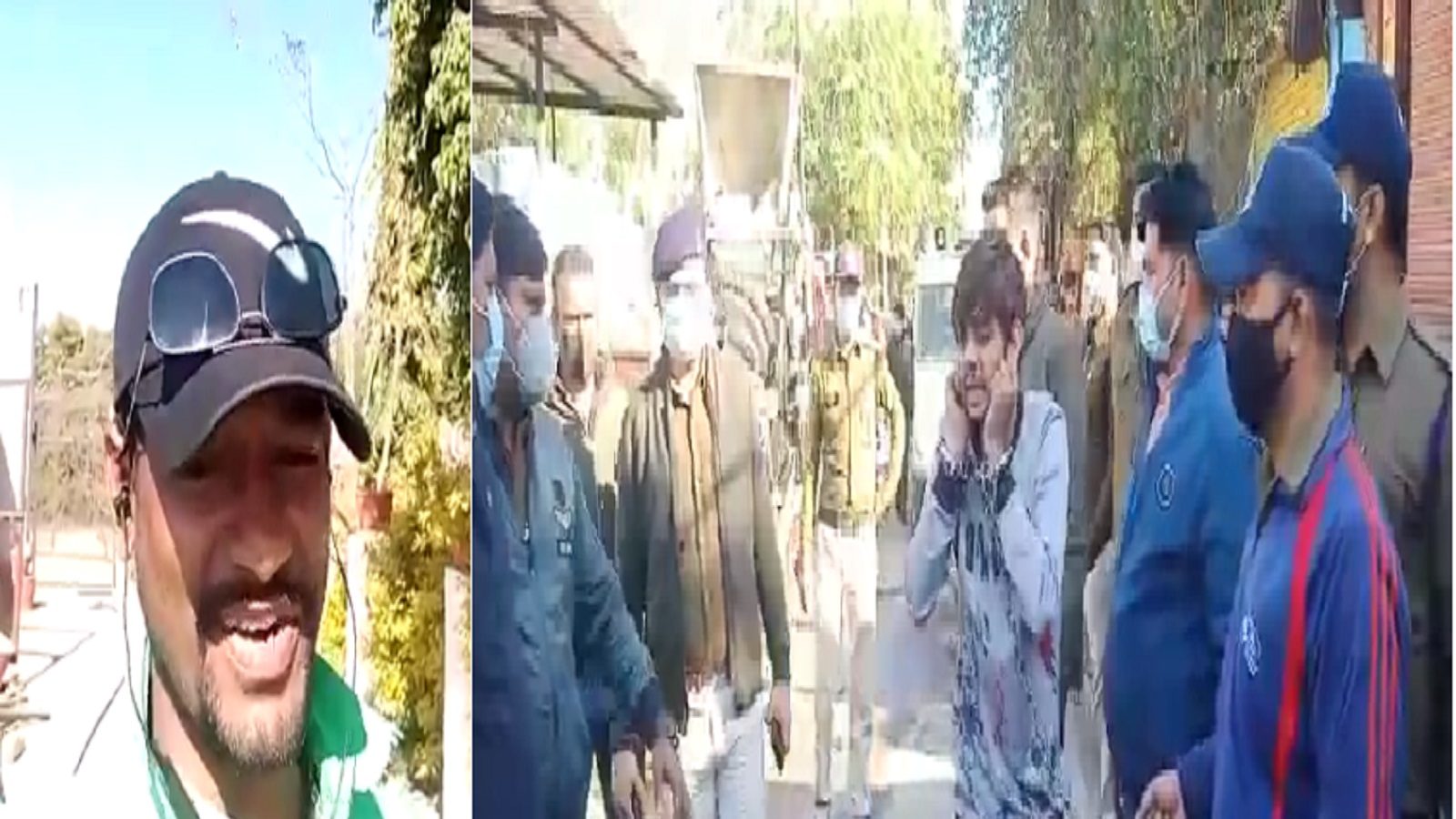 Indore. Indore miscreants are now taking help of social media platforms. Several Instagram accounts of Salman Lala, who was arrested for allegedly shooting an ambulance operator at the MY Hospital premises, have been found. Several videos were found with Lala, including his gang weapon. Police arrested Salman Lala and his social media account managers and deleted the accounts. But then the video of another gangster brother Surila went viral. In this he is openly challenging Lala.

Social media addiction
Conflict is already going on between Salman Lala and brother Surila gang. Salman Lala had been causing a lot of panic for some time. He turned his shotgun on himself when apprehended by a police officer on the porch of the house where the shootings took place. He fled. Even before this, Salman was wanted for many serious crimes in different police stations. But he remains a fugitive. Ferrari used to come live on Instagram. However, the police found him and taught him a lot. He took out a procession in the area.

Surela challenged Salman
Now the video of the ghost brother challenging Salman Lala is going viral. In this tune Salman Lala says if you are a real scoundrel then “call me..let me know..give me the address. He is talking about meeting Lala. Harmony says you have become a big celebrity. I invite you to meet me. You’re not coming to see me. Come to me once. Finally, the villain asks me to bring his weapon (pistol, etc.). I’ll see you once. I’m going crazy to see you. I’ll talk to you again. Besides, the miscreants also used abusive language.

Salman is wanted in many cases
In the second video, it is seen that the rogue brother Surila is challenging Salman in the name of Lala’s father. Repeatedly calling to meet. Salman Lala is currently in police custody. Police are interrogating him in different cases. He was already wanted for various crimes. Police are interrogating Salman Lala and his associates on remand through the court.

From your city (Indore)

Share
Facebook
Twitter
Pinterest
WhatsApp
Linkedin
ReddIt
Email
Tumblr
Telegram
Previous articleAfter the round, the robber was caught with the bride and groom, how many marriages have taken place in MP-Rajasthan!
Next articleBesan Laddu Recipe: Sweeten everyone’s face with Besan Laddu on Basant Panchami.