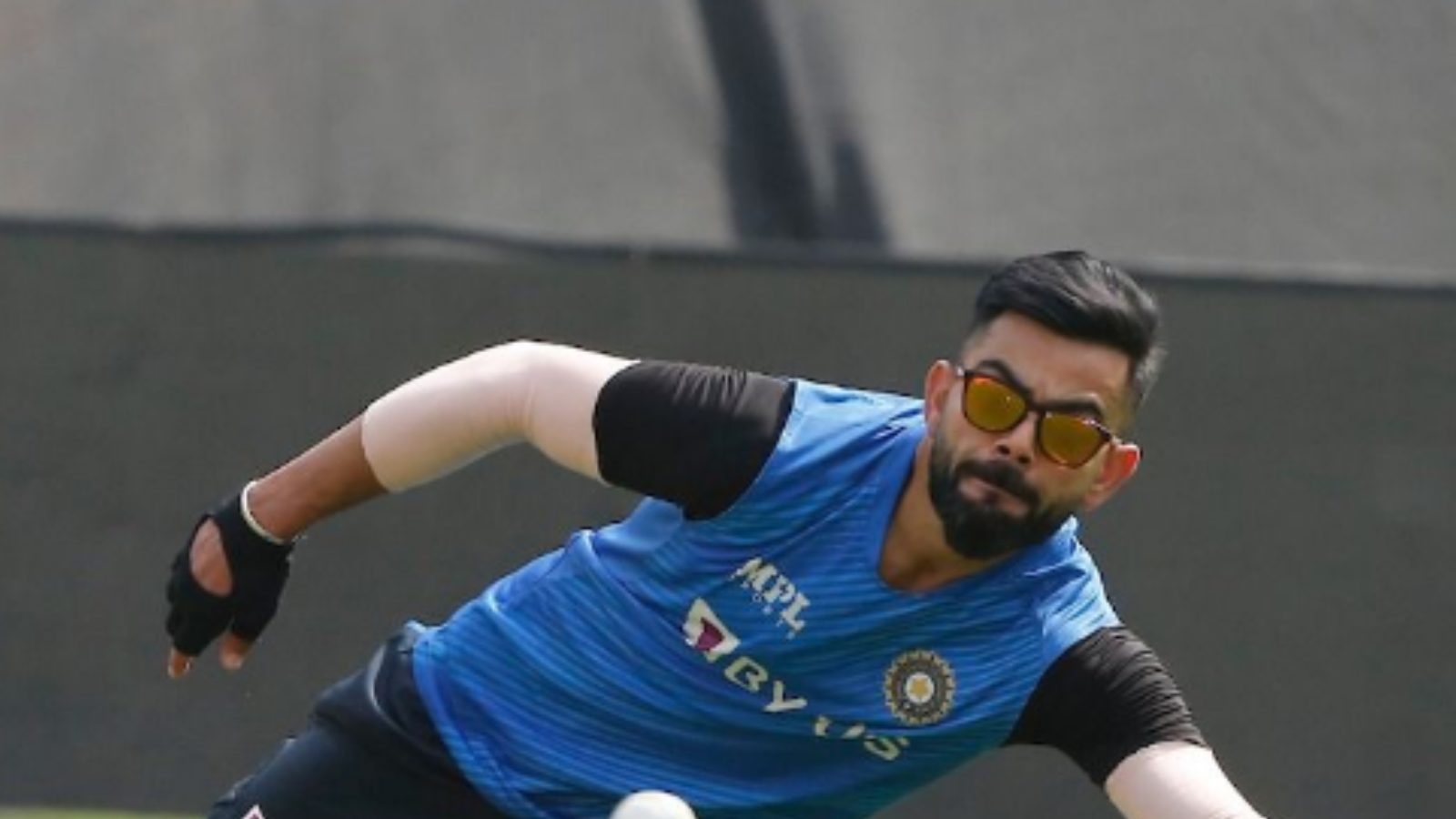 New Delhi. The Indian cricket team defeated the West Indies by 6 wickets in the first ODI at the Narendra Modi Stadium in Ahmedabad to take a 1-0 lead in the three-match series. Chasing the target of 16 runs given by the Caribbeans, Team India won the match by 18 runs losing 4 wickets in 26 overs.

Virat Kohli could not do anything special in the first ODI, and he scored only 8 runs. Although Kohli must have completed his 5,000 runs at home in one-day international cricket. This time he broke the record of master blaster Sachin Tendulkar.

Following the win, Virat uploaded a picture with Team India players on his official Twitter and Ku Handel.

In the caption, Kohli writes, “One wins, two left.” After that, the fans started giving various reactions on social media.

One down, two go. pic.twitter.com/SuwLko0zov

One fan wrote, ‘Tired of waiting for the 71st century, another fan wrote,’ You need a big score from the champion. ‘ It has been more than two years since the 33-year-old Virat scored a century in international cricket with the bat. Virat scored his last century against Bangladesh in the Day Night Test match in Kolkata in 2019.

Also read: I don’t believe in perfect game … you can’t be perfect … find out why Captain Rohit said that after winning

At present Virat is not a captain in any format. He relinquished the captaincy of the Twenty20 team after last year’s Twenty20 World Cup, when he was removed from the ODI captaincy before the tour of South Africa. Kohli also resigned as Test captain after losing the Test series in South Africa.