Lata Mangeshkar’s second love was cricket, has been a witness to the glorious cricket match held in 1983 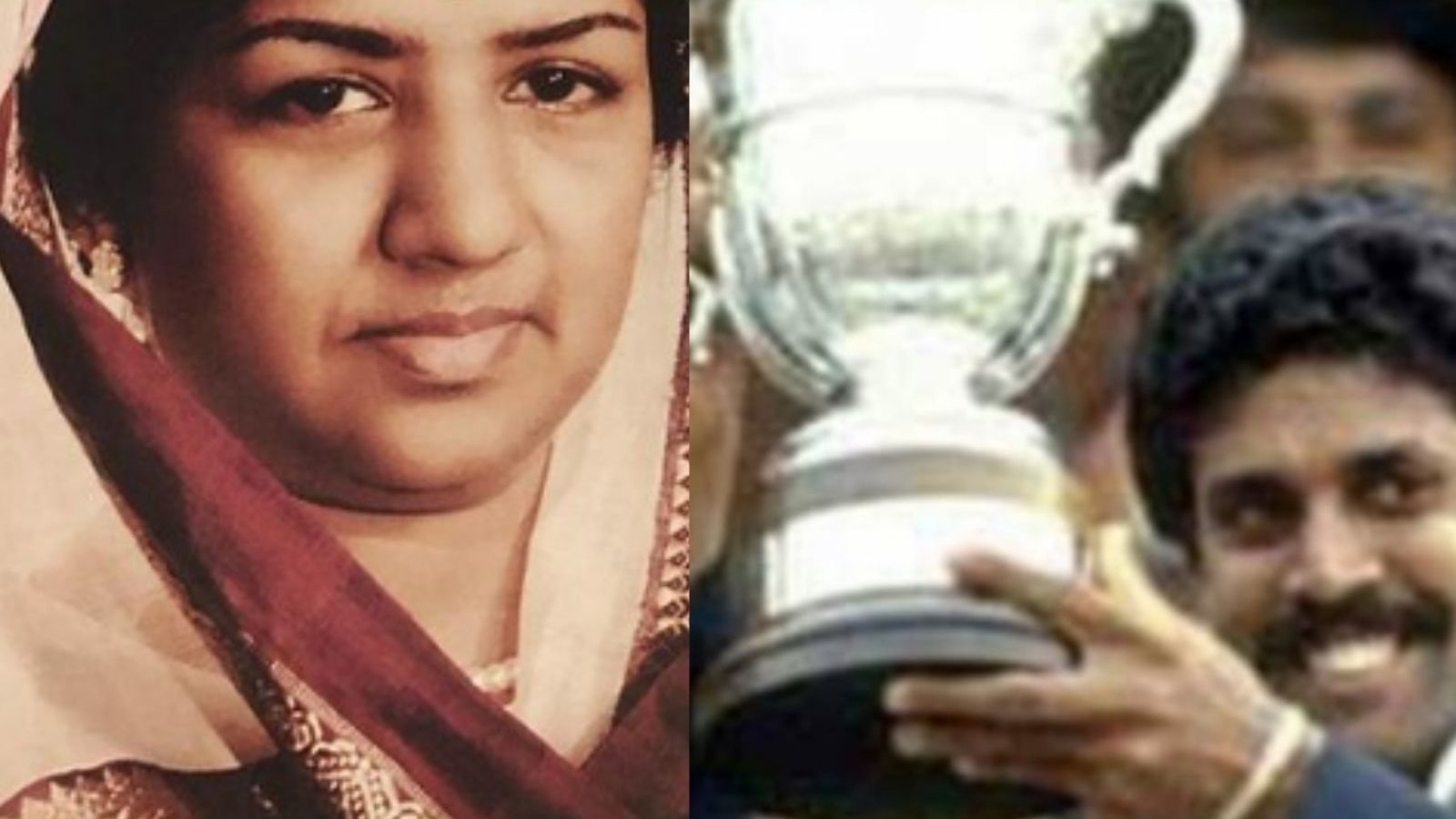 Lata Mangeshkar (Lata Mangeshkar) Apart from singing, she was also very interested in cricket. In her spare time, Mallika used to either do Riyaz or like to watch her favorite match cricket. Lata ji was also a witness to the victory of the glorious World Cricket Cup held at Lord’s in 1983. From this you can understand to what extent he likes cricket (Lata Mangeshkar and cricket love). Had encouraged the Indian cricket team and had also come under stress in the exciting moments of the match. Come, let’s tell the age-old love story of cricket and Sur.

Lata Mangeshkar and ’83’ the eyes of
India’s famous singer Lata Mangeshkar herself lived those exciting moments of 1983 while clapping in the audience gallery. In an interview to BBC, Lata had told that ‘there was an atmosphere full of tension, but as the last round of the match started coming, I was fully confident of India’s victory. However, nothing can be said in cricket when the match will turn.

Despite the tension, the Indian team was confident of victory – Latha
Lata Mangeshkar had told that ‘the whole cricket team met me before the match. Every cricketer was saying that we will win the match. I remember I even asked him what do you guys think. The team had said with full confidence that they would win and created history by winning, it was a big deal. Lata ji further told that when the team won the match, the cricket board did not have money, so did a special concert.

Lata had raised money from the concert for the cricket board
Lata Mangeshkar had told that in 1983 she had gone to London for a holiday. It was in London that I met NKP Salve sahab. When the Indian team won, they told me that they want to do a big program on this spectacular victory, will you do that program, I said I will definitely do it. I reached Delhi on 17th August and I did a special show. Nitin Mukesh and Suresh Wadekar, son of Mukesh Bhaiya also supported in this show. Rajiv Gandhi was also present in that show’.

Cricketers also sang songs in concert
Lata ji had told that ‘a very big and good show had happened’. The best part was that a song which my brother had composed was sung by all the cricket players together. This concert ended with this song and the interesting thing is that many cricketers who show the charisma of bat and ball in the cricket field also sing very well.